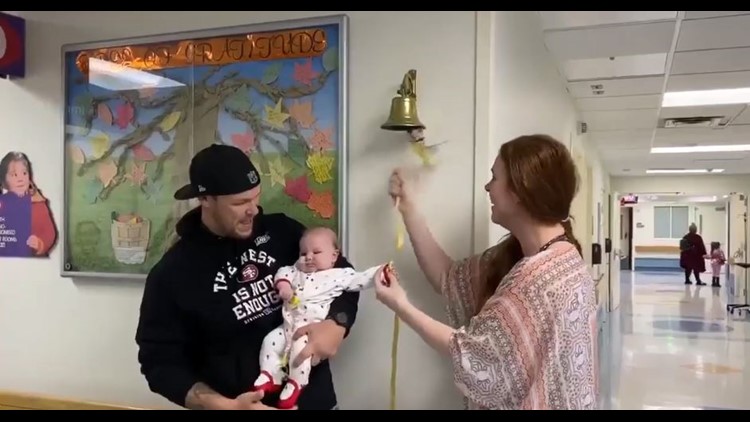 Lillian Grace Borden was born on Sept. 5 after an uneventful pregnancy. She was a beautiful, and seemingly healthy, baby girl. To her parents, she was perfect.

But ABC7 says a nurse noticed something wasn’t quite right. Lily wasn’t moving her arms and legs they way a newborn should, and an MRI revealed something on her brain stem.

It was an aggressive tumor. Doctors said, because of its location, surgery simply wasn’t an option.

Chemotherapy was Lily’s only hope. After a round of general chemo, her parents got the go-ahead to put her on a new, targeted kind of chemotherapy.

"Everyone in the hospital is in shock," Lillian's mother Leann told ABC7.

Doctors at UCSF Benioff Children's Hospital in Oakland, Cali. officially declared her cancer-free in January, and Lily got to ring the bell – with a little help from mom and dad.