A UnityPoint Health doctor said her division usually births 90 babies per month. But that number could rise to 120 a month in January-March 2021. 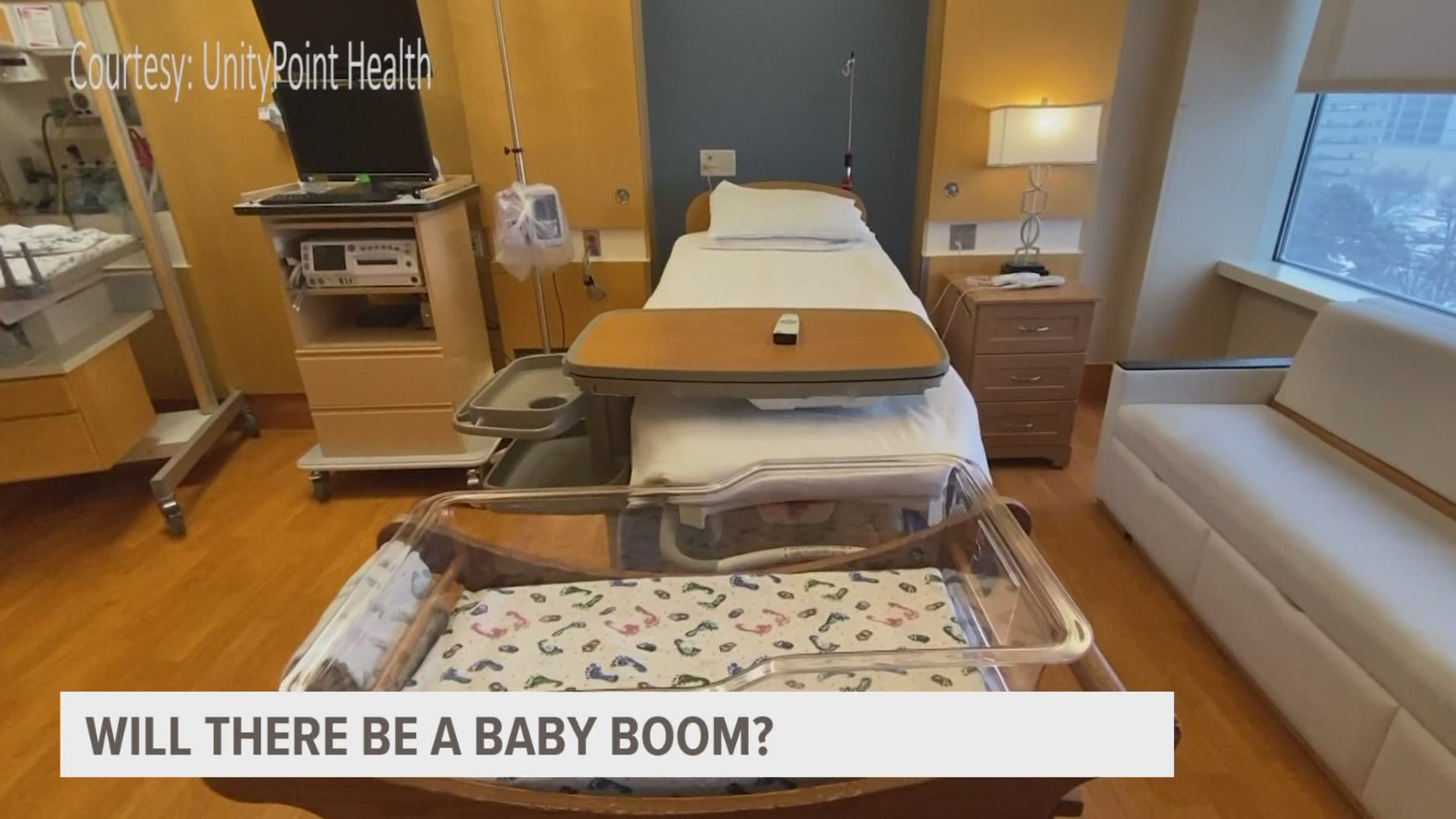 DES MOINES, Iowa — Since the start of the pandemic, people have talked about the possibility of a baby boom at the end of this year or the beginning of next year.

Nine months into the pandemic and depending on the doctor you ask in Des Moines about a baby boom, you'll get a different response.

Dr. Alex Dickinson, an OBGYN with UnityPoint Health, said for the month of December, births at their facility were steady.

About 90 babies were born, which is their monthly average, but she said that is expected to increase in the new year.

"Pretty much January, February, March are all near full or getting close to that point," Dickinson said. "Usually January is not terribly busy and the fact that we're at, near capacity, is pretty telling that we're probably going to see a boom."

Dickinson also said there is a potential for her division at UnityPoint to help deliver close to 120 babies for January February or March.

However, Dr. Neil Mandsager, the Medical Director of OB at MercyOne Des Moines Medical Center said his birthing center has not seen change in birth rates this year.

Each month they have averaged between 350 and 400 births, and Mandsager said they are not expecting a significant change in the coming months.

He attributed the unchanged number of births to fears people may have during this time.

"I think a combination of the financial concerns for many, the concerns about having a baby during the pandemic and the unknown impact of the virus on a pregnancy, is a reason for our balance," Mandsager said.

Dr. Kaaren Olesen, an OBGYN at Broadlawns Medical Center, aid she's uncertain about whether Des Moines will be experiencing a baby boom based on what she's seeing at her job.

Her medical center opened a bigger facility this fall and took on patients from a now-closed maternity center.

She noted the center has seen more baby activity than they have in the past, but is unsure if it's related to people having more babies during the pandemic, or her facility just being able to take in more people.

Dickinson and Mandsager added one concern they have received from people inquiring about pregnancy during this time, is will it be safe for a pregnant woman to get the COVID-19 vaccine when it's available.

Both physicians said they recommend that when it is available, an expectant mother should get one after first consulting with your doctor.