Four officers stopped for the wintry battle with the children Saturday night. 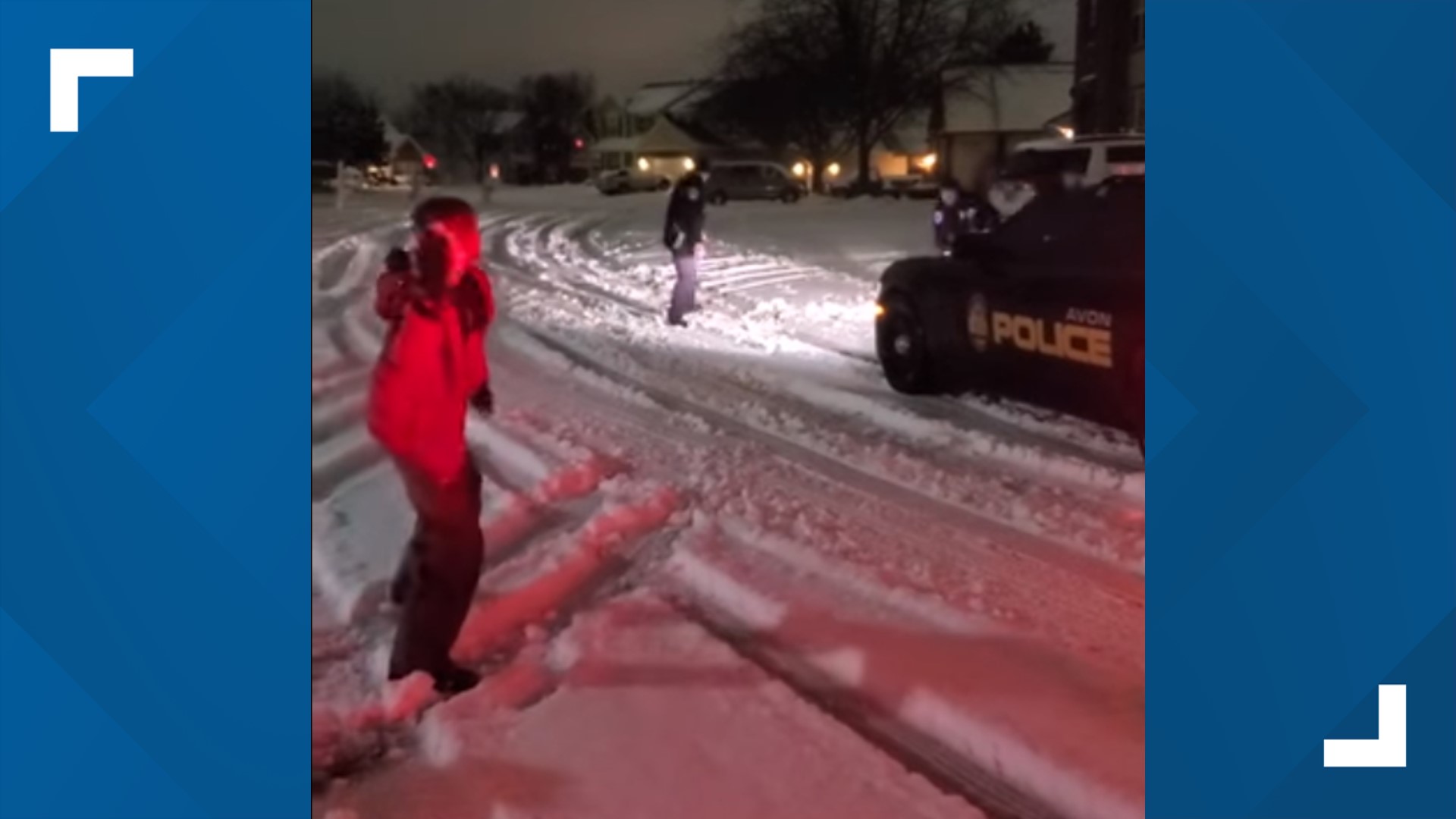 AVON, Ind. — Police officers in Avon made an unusual traffic stop this weekend.

There was no crime and no danger, just an epic snowball fight Saturday night with some of the town's youngest citizens.

Racheal Stone, one of the kids' mom, shared the video of the winter battle with 13News.

It shows four Avon officers taking on the kids, who police say all had some pretty strong arms. Both sides enjoyed lots of laughs and fun in the snow — and the officers say the kids started it.

"A truck pulls up, and they slow down, and then you hear the son yell, 'get em!' and they start throwing snowballs at us, so we started throwing it back at them," said Avon Police Ofc. Shawn Diebold.

"We had one officer duck and cover behind a vehicle," added Ofc. Eric Hollingsworth.

Twelve-year-old Jace Rashi is the boy in the red coat in the video. His mom, Sheree, said the officers were wonderful to the kids and thought they should be recognized.

"After dealing with the traffic and helping people that way and then you get to start throwing snowballs, it kind of makes you remember what it's like to be a kid." Ofc. Will Richards said.

"We'd never run into that family before, but when they went by and started throwing them back, we all kind of looked at each other and it was like, now's the perfect opportunity to engage with the community, to make a positive impact on the two kids' lives in the back of the vehicle, as well as the parents. Mom and dad were very excited. They had a really good time with it," Hollingsworth said.

No word on whether a rematch is in the works for the next snowfall.