Is the City of Midland committed to reducing animal euthanasia rates?

A local animal rescue says despite the investment of a multi-million dollar animal shelter, a change in culture needs to take place 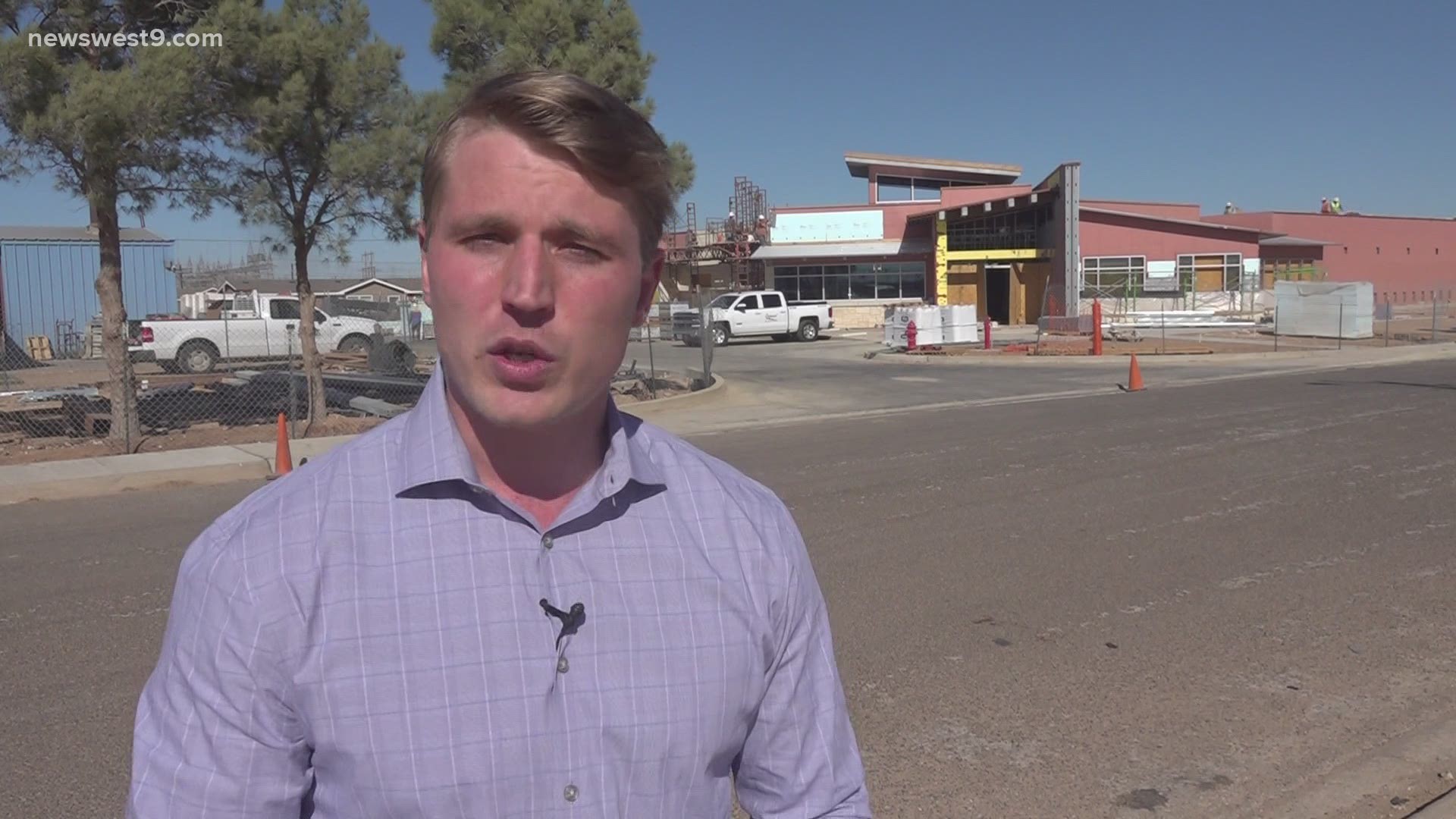 MIDLAND, Texas — Since 2017, approximately 2 out of every 5 animals that end up at the Midland animal shelter have been put down.

It's a euthanasia rate that city officials admit is concerning, and what they say is one of their main motivations for a major investment in building a new bigger and improved shelter.

In February 2020, the City of Midland broke ground on that more than $10 million investment.

At that time, Mayor Patrick Payton delivered a message to the community.

"We want to be a no kill zone, and bring better technology to bear here, so we can be an adoption facility," said Payton.

With that speech, the mayor seemingly set a new standard for the city's animal services program.

Construction on the new facility is scheduled to be done sometime during the first quarter of 2021.

NewsWest 9 attempted to set up a follow up interview with the mayor on his statements. After several attempts, the city ultimately said Councilman Spencer Robnett would represent the city in any animal shelter matters.

Robnett serves as liaison to the city council for the animal services project.

"It will be a shining example in the region and I think in the state of a new build animal shelter focused on adoptions and working with humane coalitions and others; the plan will be to reduce euthanasia rates," said Robnett.

In an interview, the councilman agreed that euthanasia rates were high within Midland at about 40% of all intake animals since 2017, but also reframed the cause of the problem from a different outlook.

"The City of Midland animal shelter has had its issues, that's why we are going through this new project and we are where we are, but at the end of the day, responsible pet ownership falls back on the citizens," said Robnett.

Robnett also asserted that the city has been working to help this issue, increasing its budget by $80,000 for its low cost pay and neuteur voucher program.

However, Robnett also stated any new protocols for a new animal shelter to curb euthanasia rates remain in a discussion phase.

"We don't have a plan at this point that we are ready to roll out, but there is one being worked on and being discussed," said Robnett.

With that sentiment from the city, founder and president of Fix West Texas Karen Patterson is disappointed by a perceived lack of responsibility.

"It'll nice to have a 12 million dollar building but do we need it? What we need are people committed to stop killing animals," said Patterson.

Patterson started Fix West Texas at the beginning of the year. It's a mobile low cost spay and neuter clinic that also educates the community about responsible pet ownership.

So far this year, they've spayed and neutered more than 2,500 animals.

The entire operation is funded by regional donations, and works with contracted veterinarians.

"I didn't just dream this up, I'm just benchmarking on what I've seen work in other communities," said Patterson.

Patterson says just like Fix West Texas, the Midland Animal Shelter could model itself after other no kill shelters, and strive for measurable and attainable goals.

"Last October, I went to the city council with a 50 thousand dollar grant to have a national organization come look at the shelter and see what they can do to get to no kill status," said Patterson.

When Robnett was asked about the pitch from Patterson, it was unclear why it wasn't further discussed.

"I briefly remember that being discussed, I don't remember the timeline, but I'm certainly glad to have those conversations with Mrs. Patterson," said Robnett.

Though as construction of the new animal shelter nears its completion, Robnett maintains that the city's stance is focused on improvement of euthanasia in a manageable fashion.

"We simply can't save every animal, we're not gonna end our euthanasia program because that's not realistic, we're gonna do what we can within the city budget to make this a better place for dogs, cats and pet owners," said Robnett.

So is the goal of achieving a no kill shelter unobtainable for Midland?

Fix West Texas would say no.

This graph shows save rates-in other words, the percentage of animals that were taken in and not euthanized at the city shelters of Lubock, Odessa, and Midland.

Lubbock finished the fiscal year of 2017-18 with a 60 percent save rate, which was the year staff vowed change and set their long term goal of a less than 10% euthanasia rate.

Odessa only had a 40 percent save rate for 2018- that means about 60 percent or about three out of every five animals to come to the shelter were put down.

Then they also vowed to want to be no kill shelter, and are instituting changes and working more with rescue groups.

As for Midland, they've seen small variations over the last three years, ultimately staying in the 60% save rate range.

Make no mistake, the City of Lubbock's animal shelter was once a far cry from the model of success it represents today.

Take it from Steven Greene, who's been with the shelter for seven years and now serves as the program's director.

"When I started we were putting animals down for space, basically after three days an animal was going to be put down," said Greene.

To this day, shelter jobs are never easy work, and terminally sick and aggressive animals will always have to be put down.

"Our changes really started in 2018, we started working with animal rescues and fosters, we also set up a surgery clinic for spay and neuter, we set up a transport program, we declared we wanted to stop putting so many animals down," said Greene.

The Lubbock shelter is setting the example that with change, outside resources and support, a trip to the shelter for adoptable animals doesn't have to be a death sentence.

This ideal is what caught the attention of Karen Patterson and inspired her to visit with her Fix West Texas team.

"She asked if she could come out and see our operation and take those changes back to Midland, Odessa," said Greene.

After the trip, the message was clear to Karen.

She's in line with the city that responsible pet ownership is key to the issue, but says there has to be a more leadership driven solutions from the city within its own department and leaders.

"We can start a social change, but we have to have goals and direction," said Patterson.

It's a sentiment that's reinforced by Lubbock's leadership.

"You have to have a strong staff that believes in the vision and is willing to set goals" said Greene.

Within the City of Midland, Community Services Director Tina Jauz says those kinds of efforts are already taking place.

"We are always looking to evolve and grow and you have to make sure what you're doing is the best fit for the community," said Jauz.

Though like Councilman Robnett, Jauz contributes much of the problem to the community's lack of participation in helping the city fix the problem.

"Responsible pet ownership is our main concern and until the mind set of our community changes it will be difficult to move forward in any direction," said Jauz.

As for those in the trenches outside of the city departments, they're looking for leadership in their public officials.

"It's the same line said over and over to me, it's passing the buck," said Patterson.

Going forward, she's hoping the city will be open to new solutions.

"We can lower our number by 40% if we just stop killing the cats," said Patterson.

This could be achieved with a "barn cat program" that fixes feral cats and places them back in the community at barns and warehouses to maintain rodent control.

It's a program that has seen success in Lubbock and on a smaller scale right out of Karen Patterson's own garage.

To be clear, getting a no kill shelter status doesn't mean that animals will never euthanized.

The standard of a no kill shelter is that less than 10 percent of all animals that come through its doors are put down.

It's not something that can be done overnight, but the evidence from other communities' success shows progress can happen with the right strategy. 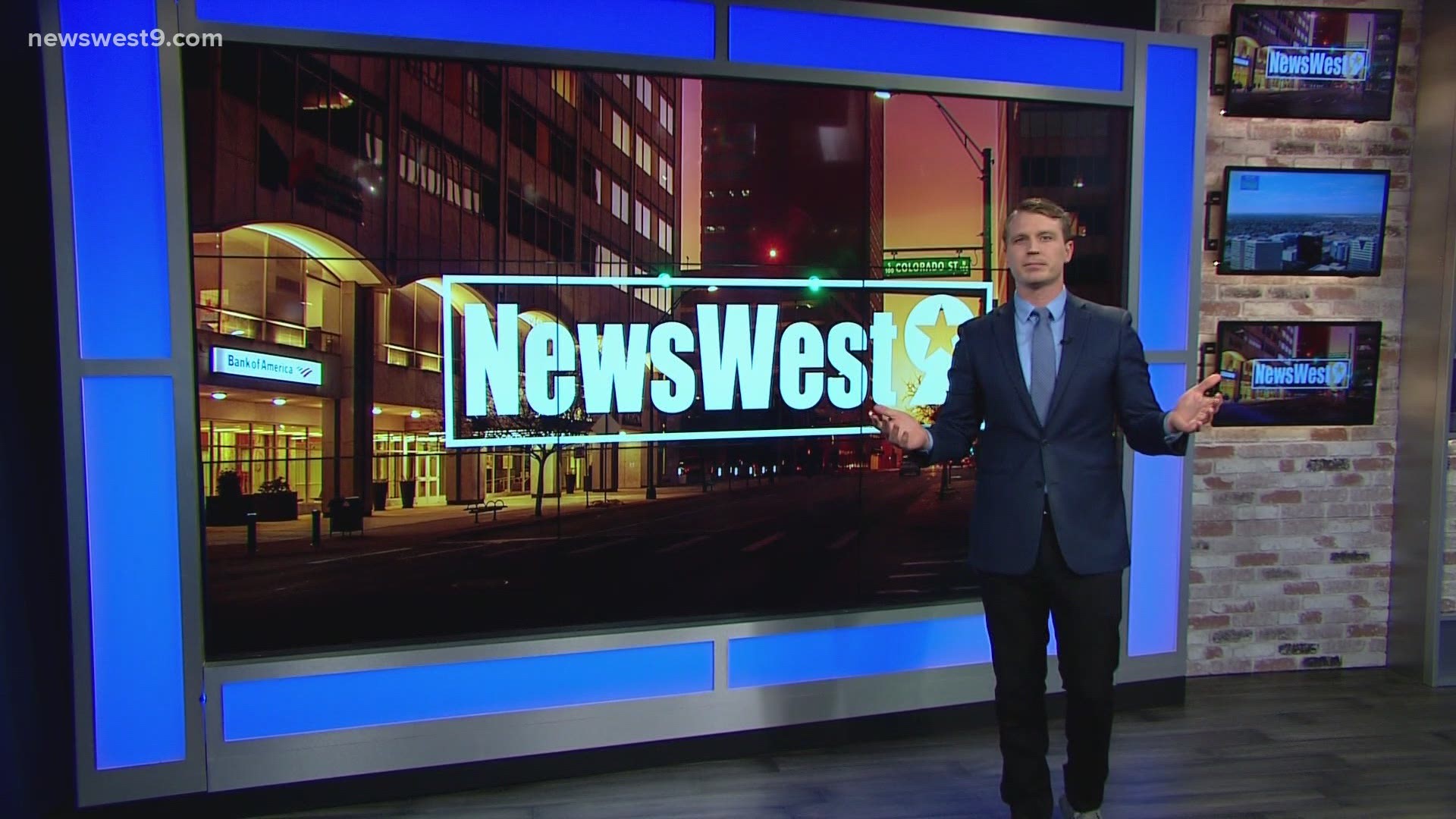