Camp Pendleton takes a hands-off approach to the bison. Keeping an eye on them but letting their population fluctuate as it would naturally. 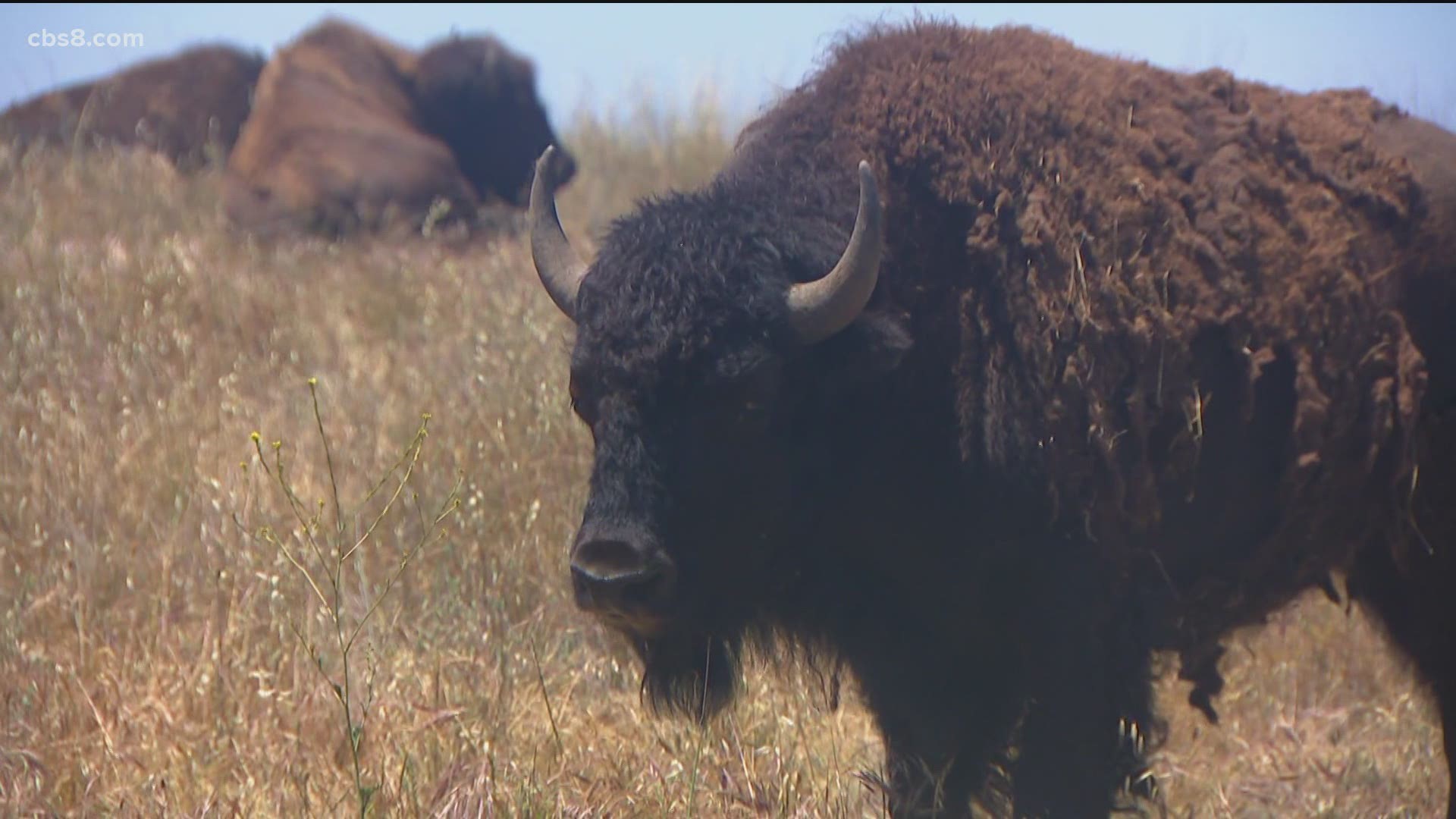 CAMP PENDLETON NORTH, Calif. — The dusty roads behind Marine Corps Base Camp Pendleton are ones that most civilians don't get to see. They crisscross hundreds of miles of rolling green hills in a pristine, undeveloped expanse of land along California’s busy coastline.

It might be undeveloped, but it’s certainly not quiet. The size and isolation of the base make it a perfect place for explosives and firearms training, while the rolling hills make sure Marines are in peak physical condition.

But in an area so large, 220 square miles to be exact, it's not just the Marine Corp that gets dibs on this unspoiled plot. An ecosystem without much human impact has allowed a variety of animal species to thrive, including several critically endangered species.

It's his job to manage all the species that live on base. Because we would be hard-pressed to find a Pacific Pocket Mouse, Tucker took me to meet the herd of North American Bison.

Around 90 of them roam the green hills of Camp Pendleton. Before they were hunted to near extinction these massive, tanks-on-hooves once roamed America’s great plains in the tens of millions, but you never would have found a Bison in Southern California.

“This particular population comes from the plains of Kansas,” said Tucker “The San Diego Zoo had them in their exhibits and they were looking for another home for them. So between 1973-1978, the zoo gradually moved a herd of 14 bison to the base.”

And from there, the bison started to have calves and the population grew to what it is today. Not only are the vast fields perfect for the grazing and migrating herds, but the bison have no natural predators, making them some of the beefiest around.

“Maybe some are up to 2,000 pounds because we don’t have a harsh winter,” said Tucker.

Camp Pendleton takes a hands-off approach to Bison. Keeping an eye on them but letting their population fluctuate as it would naturally. And if you’re wondering what happens if the herd gets a little too close to a firing range?

“It’s important to deconflict bison with Military training,” said Tucker “If there is training going on, that either poses a threat to the bison, they move through or they just shift to a new location.”

The North American Bison is the United State’s national mammal, so how fitting is it, that these magnificent creatures have found a home where America trains its Marines.

WATCH: Bison on Camp Pendleton by Cpl Karla Lara via DVIDS from 2016