'Mom really did everything like usual': New mom delivers own baby in her Westminster bathroom

Jorydn Romero arrived six days early in the bathroom of her Westminster home. 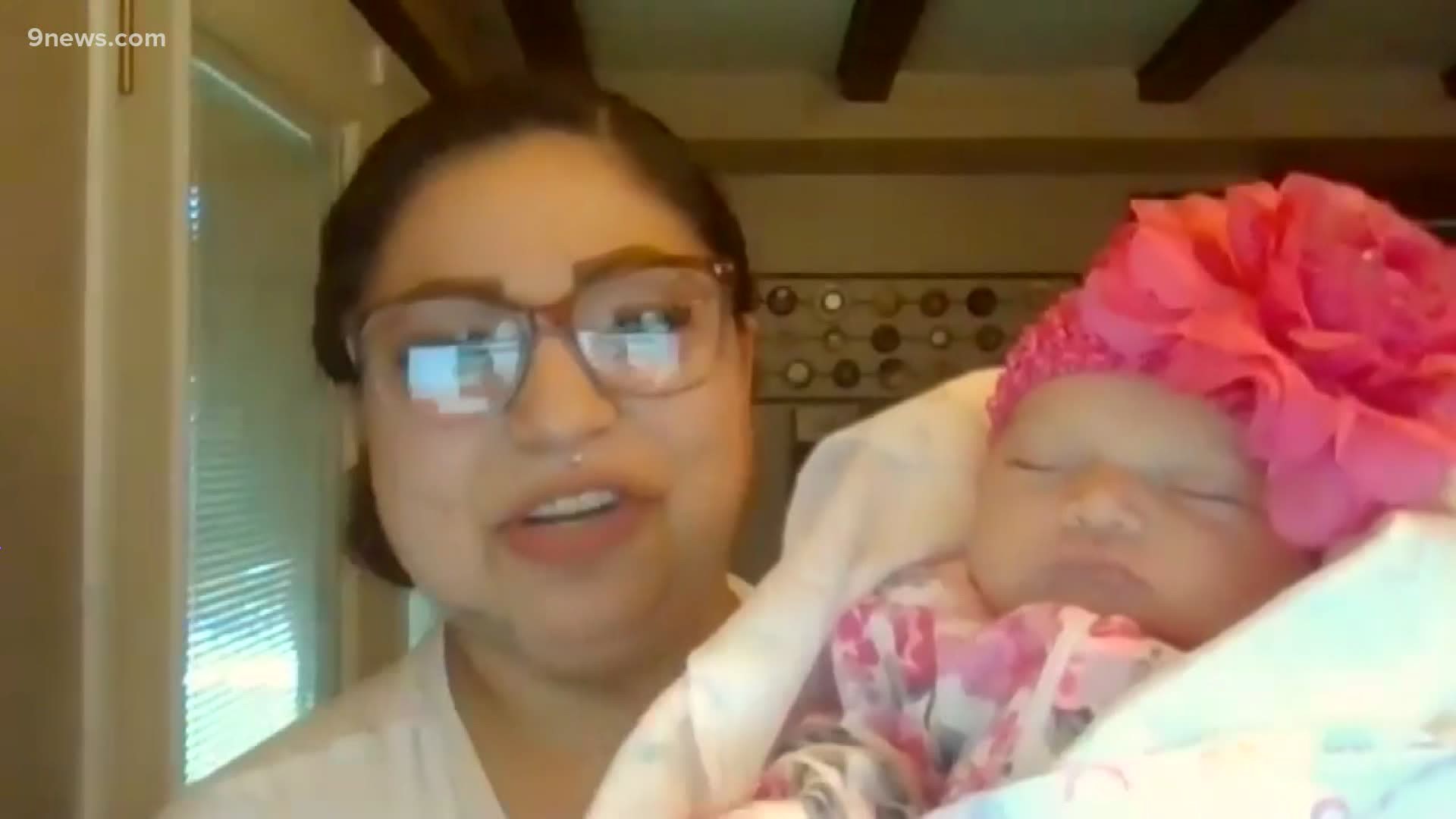 WESTMINSTER, Colo. — Babies can be unpredictable, especially in the way they decide to enter the world. Just ask DeRai Romero.

"I did know I was pregnant, but I did not know she was like ready to come like that," she said.

On the morning of May 15, things moved much quicker than expected. After all, Romero still had six days to go before her baby's due date.

“I thought I was just having Braxton Hicks contractions, and next thing you know, I go to lay down and couldn’t do it,” she said.

RELATED: Flight to Hawaii lands with extra passenger on board, thanks to a doctor and 3 nurses

From there, she said she crawled into the bathroom and called out to her Auntie for help, but her little girl just wasn't going to wait.

"By the time I tried to get up, I had a push, and when I pushed, her head was already halfway out," she said. “It was so unexpected! Like, it was just too fast and crazy like it just went like that.”

With most of the work already done, Westminster firefighters responded to Romero's home. They were initially told that a mom had given birth and her baby wasn't breathing.

“My adrenaline’s up, obviously. I think probably every crew's would be in that case scenario," said Oran Tool, a firefighter and paramedic with the City of Westminster. “Pull up on scene, start walking, and dispatch kind of updates us and said, 'baby’s breathing.' Kind of a huge relief to me at that point.”

He said he walked up the stairs and heard the newborn crying.

“Everything was done," he said. "I’d like to say I did some work, but mom really did everything like usual, and I just facilitated an umbilical cord cut."

He picked up the baby, suctioned her nose and mouth, and then wrapped her in a foil blanket.

"Picked her up and I turned, I saw Grandma with a camera right there, and I was like, ‘oh man.’ So that was the story of that picture.”

Tool said situations like this are rare, but he actually responded to another home birth the same week that little Jorydn was born.

“It’s something different. We don’t run a lot of, you know, home deliveries," he said. "I say that now after I’ve done two in a week, but ha ha. Luck of the draw, I guess."