Uncertain, Texas: A city with a name that's still unclear

To this day, nobody's quite sure of the true story behind the city's name 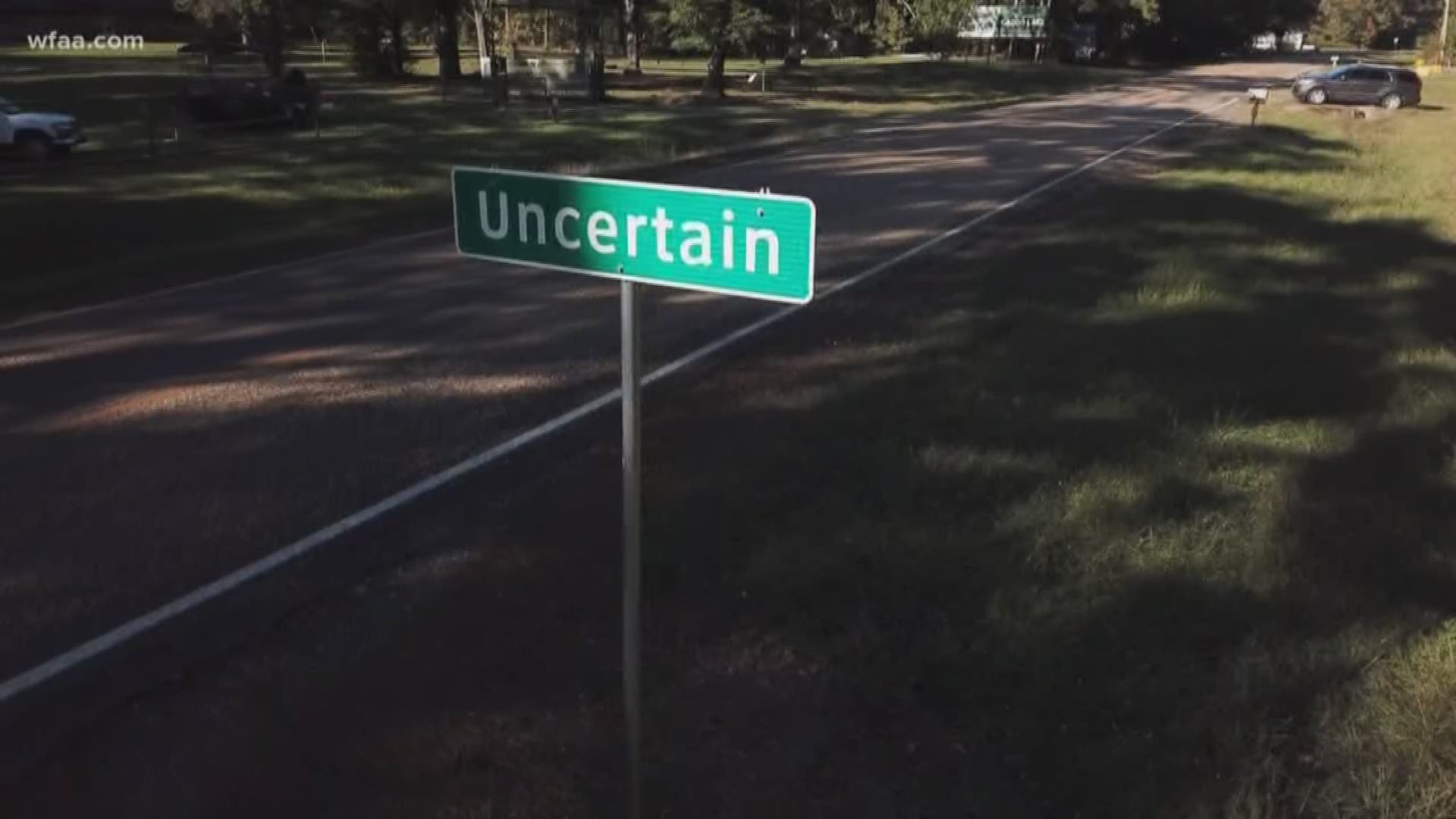 It’s a city as honest as its name: Uncertain.

Located on Caddo Lake in east Texas, Uncertain is one of the most beautiful and mysterious places in Texas.

“It's one of those places that just keeps bringing you back,” said 69-year-old Billy Carter, the oldest guide on Caddo Lake. “It's like a big magnet. Everybody that comes here comes back."

But the bigger mystery is how Uncertain got its name.

Carter says everybody has his or her own story about the name, and he’s heard them all, but we’re going to focus on two.

Billy says the name “Uncertain” came to be by way of Jefferson, a city 15 miles upriver from Uncertain.

In the 1800s, Jefferson was the second biggest shipping port in Texas behind Galveston.

Whenever cargo made it to Jefferson and wasn't claimed, it was sent back to the previous stop "uncertain" to whom it belonged.

"And it stayed in Uncertain until somebody claimed it," Carter said.

Another popular theory says that the name “Uncertain” didn’t come from steamboats but from its location.

Since the border ran right through the area, people who lived there were "uncertain" if they were Texans or Americans.

Billy says, chances are, you could ask 100 more people and get 100 more stories for how this city got its name because everyone here is "uncertain."