Residents of this tiny community are proud of the name, even though they can no longer get a landline. 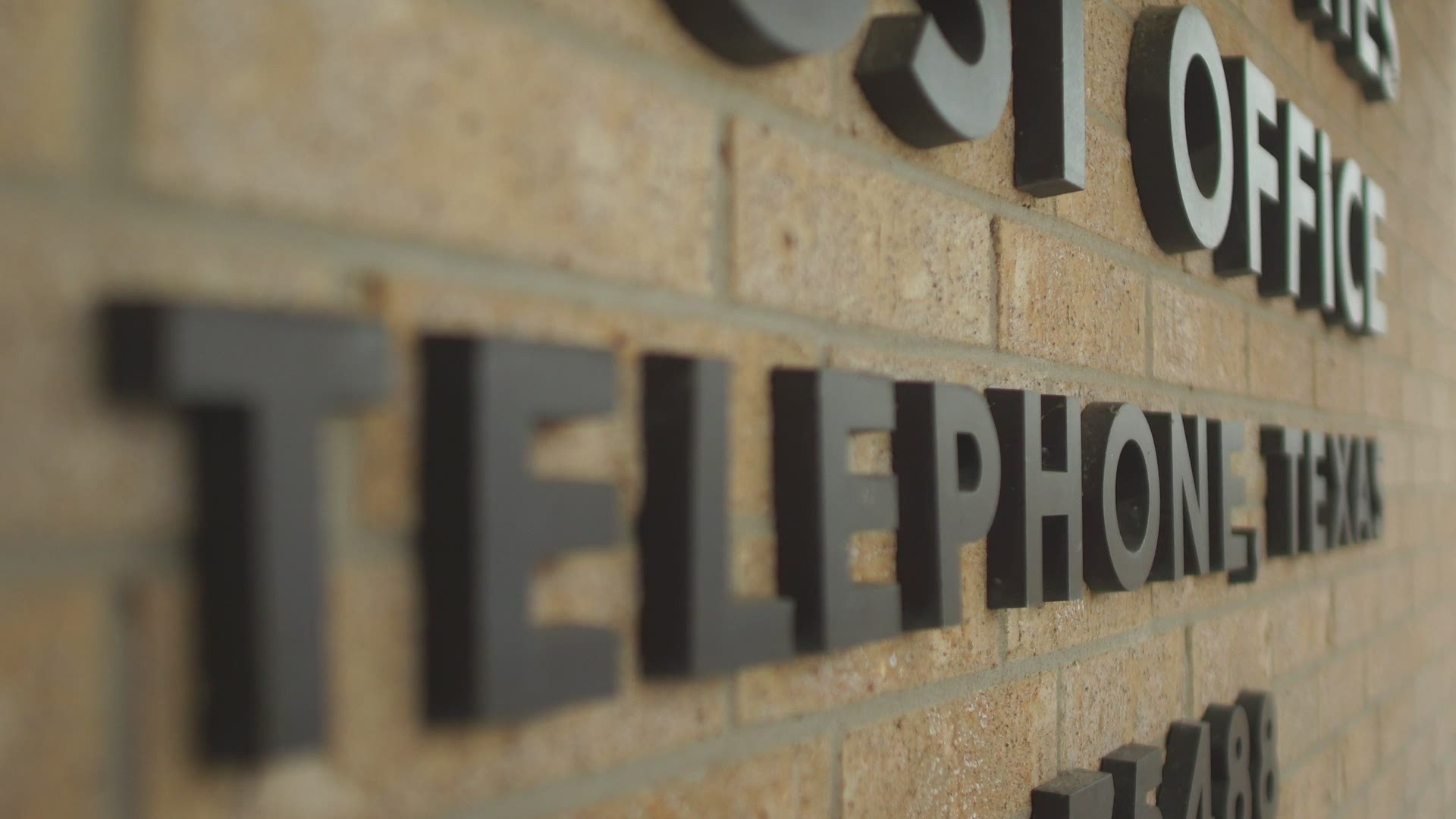 Yes, it’s cliché. But it’s also true: everything is bigger in Texas (OK, maybe not everything). Although, it’d be hard to argue that any state has more towns with weird names than Texas.

From Ding Dong to Zipperlandville, Bug Tussle to Nemo, the list goes on and on. Those Texas towns have unique stories behind them, but there are also a lot of places that were simply named after the first thing people saw.

Ninety miles northeast of Dallas, on the banks of the Red River, is a place that fits the bill: Telephone.

Aside from a church, community center and post office, there’s not much left in Telephone.

It was back in 1886, inside one of the town’s first businesses, that Telephone got its name.

“Hindman was the man that owned a grocery store here,” said Telephone native Jack McCraw. “[It was the] first grocery store. Pete Hindman.”

Hindman is responsible for giving this town its name, although Telephone wasn’t his first choice.

Instead, he wanted to call this place Telegraph. There was just one problem.

That meant they needed to pick another name, and it was sitting right in front of them, literally.

“He [Pete Hindman] had the only telephone in Telephone, so they just submitted the name Telephone, and it was accepted,” said McCraw.

Alexander Graham Bell had only invented the telephone 10 years earlier, and Hindman was one of the first people in the country to get one.

Having a telephone may have been ahead of the times in 1886, but what about now?

“You can’t get another landline down here. They won’t put the lines in for you,” Davis said. “If we were ahead of the times back then, we’ve regressed since then. That’s all I can say.”

Despite no longer being able to get a telephone in Telephone, folks there sure are glad it’s a place to call home.

Just don't expect to be able to call anywhere else.