Once the fastest growing town in Texas, Kamay's name isn't quite as it seems

The oil boom gave birth to this tiny town and its odd name. 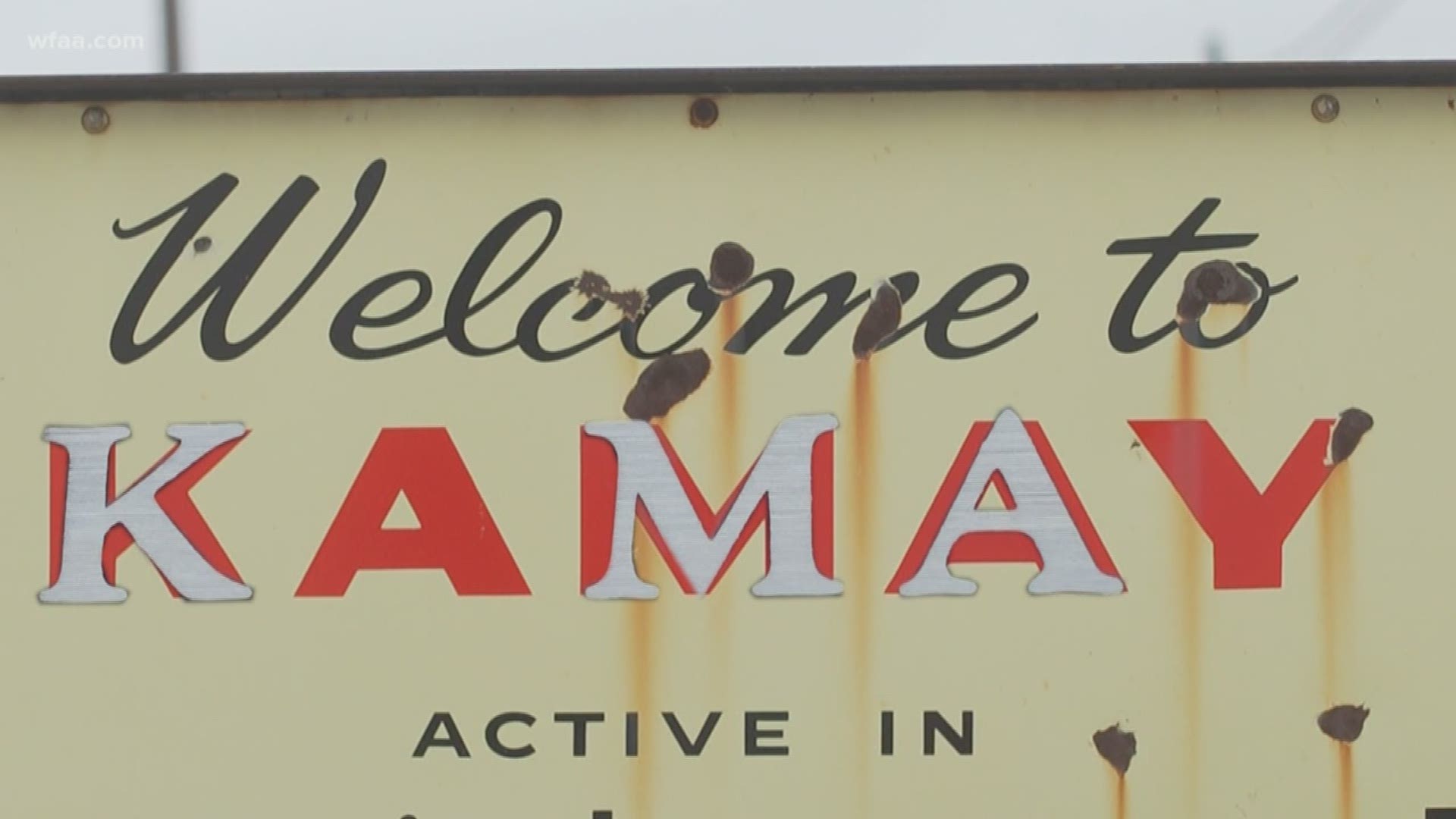 The small community of Kamay is about 20 minutes west of Wichita Falls, but its name is not quite pronounced how it appears.

In the early 1900s, a group of men bought a bunch of land just outside Wichita Falls with the intention of selling it as farmland.

However, they decided not to use it for farming after striking gold. Black gold.

"At first, in 1919, when they drew that first well, a little community grew up around that first well, and they named it Kemp City,” said Ginger Beisch, a local historian and author of the book, “KMA-Keeping Memories Alive.”

That little community didn't stay little very long. With the discovery of oil, for a short time, Kemp City was the fastest growing city in Texas.

There was just one problem.

"There was already a Kemp, Texas in east Texas, so they wouldn't let them have Kemp City," Beisch said.

Next came a series of events that eventually led to name Kamay.

Back when that oil was discovered, the men who found it -- Joseph Kemp, brothers Stephen and Hamilton Munger and Reese Allen -- formed the KMA Oil Company, named for the initials of their last names.

So, when Kemp City was rejected, they tried to name the town after their oil company, KMA.

"They rejected that because it was initials,” Beisch said.

Turns out, when naming a town, it has to be a word.

So, they added an "A" and a "Y" to make Kamay, but still pronounced it KMA.

And that's how the town was born.

'I pick myself back up if I fail': The key to success is failure for this eighth grade quadruple amputee

The sky is not the limit: Fort Worth students get rare chance to talk to astronauts in space