What are we to make of this phenomenon? I’ll admit that as a long-suffering Browns fan, my mind still tends to gravitate towards worst case scenarios 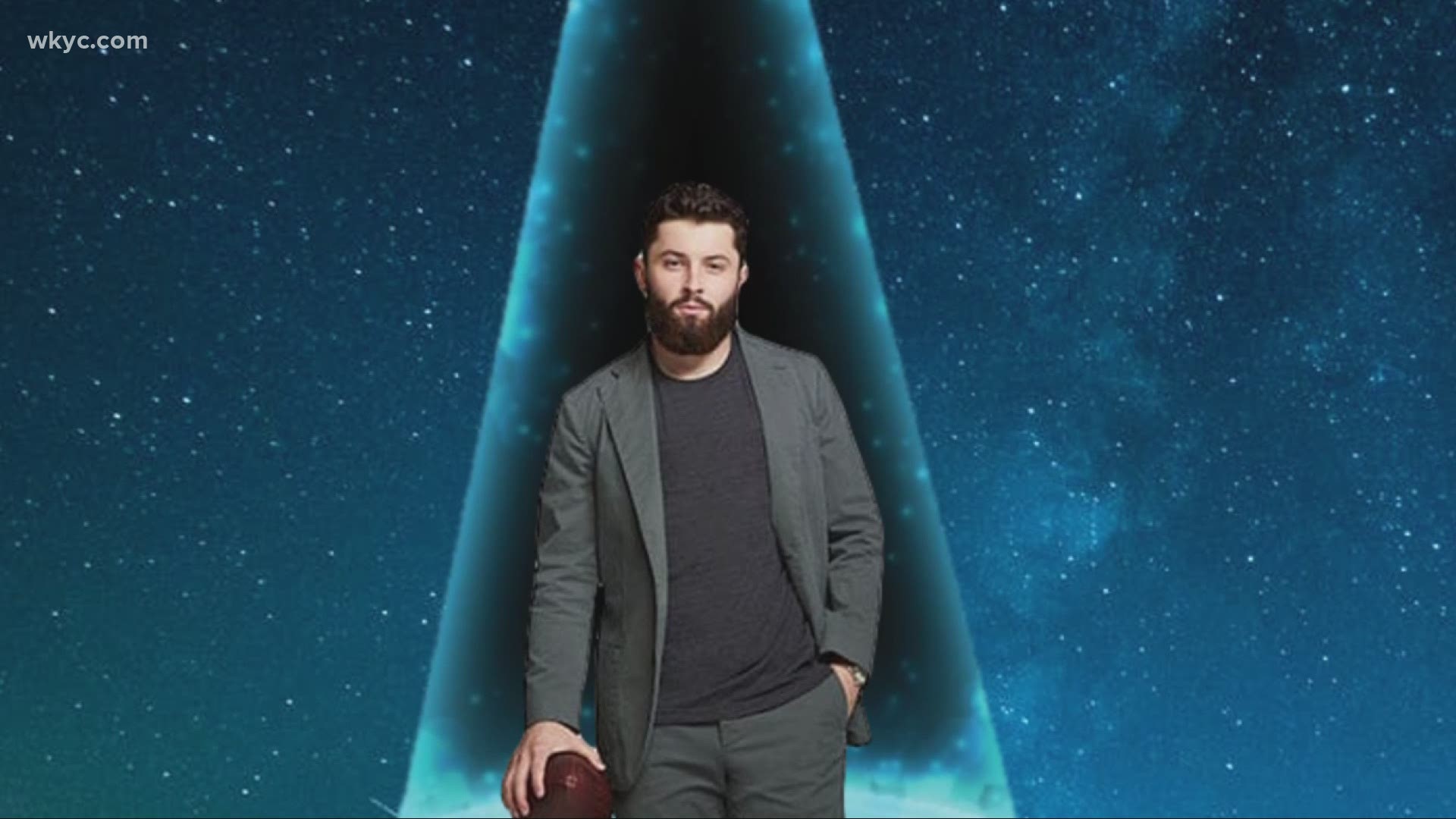 The Browns are done playing, The Tribe isn’t playing yet, and the Cavs... are actually kind of a fun mess to watch some nights but overall it’s not great right now.

This lack of action leads to a void in our Cleveland sports small talk world, leaving us badly in need of distraction.

And who stepped up to fill that void last night? Why Baker Mayfield of course, who, is spending at least part of his offseason encountering potential extraterrestrial life in Texas, unlike the boring quarterbacks from other teams.

As he tweeted last night:

Almost 100%, Em and I just saw a UFO drop straight out of the sky on our way home from dinner... we stopped and looked at each other and asked if either of us saw it... Very bright ball of light going straight down out of the sky towards Lake Travis. Anybody else witness this?

SUBSCRIBE: Get the day's top headlines sent to your inbox each weekday morning with the free 3News to GO! newsletter

So, what are we to make of this phenomenon? I’ll admit that as a long-suffering, traumatized Browns fan, my mind still tends to first gravitate towards worst case scenarios.

Like, perhaps the fact that the Browns were actually good last year has somehow interrupted the balance of the universe, and these aliens were dispatched to hunt and collect Baker so as to make the Browns bad again, thus restoring order to our galaxy and beyond.

That might seem far fetched but if you’d have told me 10 years ago that the Browns would eventually find their starting quarterback only to have him swiftly abducted by aliens in Texas, I’d have been like “Yeah, I could see that.”

And OF COURSE it would be Baker they’d take because that’s just our luck. Notice that no aliens attempted to abduct Deshone Kizer or Brandon Weeden when they were at the helm of my team.

Because aliens are never around when you actually need them.

But it’s obviously presumptuous to assume that these otherworldly visitors have arrived here with ill intent.

Maybe they’re just trying to contact Baker because they have something important to tell him. But what could they possibly want to say?! Hold on. Wait a second, what’s going on? Something is taking over our signal!

We have used our advanced alien technology to look into the future of your beautiful but troubled planet, EARTH, and have determined that the only way it can survive is for human Baker Mayfield to lead the CLEVE-LAND Browns to a Super Bowl championship.

To ensure this outcome it is imperative that Mayfield immediately signs a reasonable, 5 year contract extension that compensates him fairly but does not totally break the bank and tie up valuable salary cap space, thus hamstringing the team’s ability to acquire quality talent in free agency. The future of Earth rests in your hands Baker Mayfield and…

Okay, you know what, this just doesn’t feel right.

I’m going to be honest with you Baker, I was just trying to exploit your recent experience to try and trick you so we could lock you down now before you get too pricey, but this feels really deceptive and I’m sorry I tried that.

It’s just that we haven’t had a good quarterback since Night Court was still on TV and the thought of losing you is….I’m sorry….it’s just making me do some pretty crazy things. Obviously. But. Long story short, Baker, I apologize for this ruse, and I BELIEVE YOU.

This is Mike, for 3 News, beaming back to the Mothership.