Aleida Ramos invited the Jolt Initiative to set up a voter registration table at her 15th birthday party in southwest Houston. 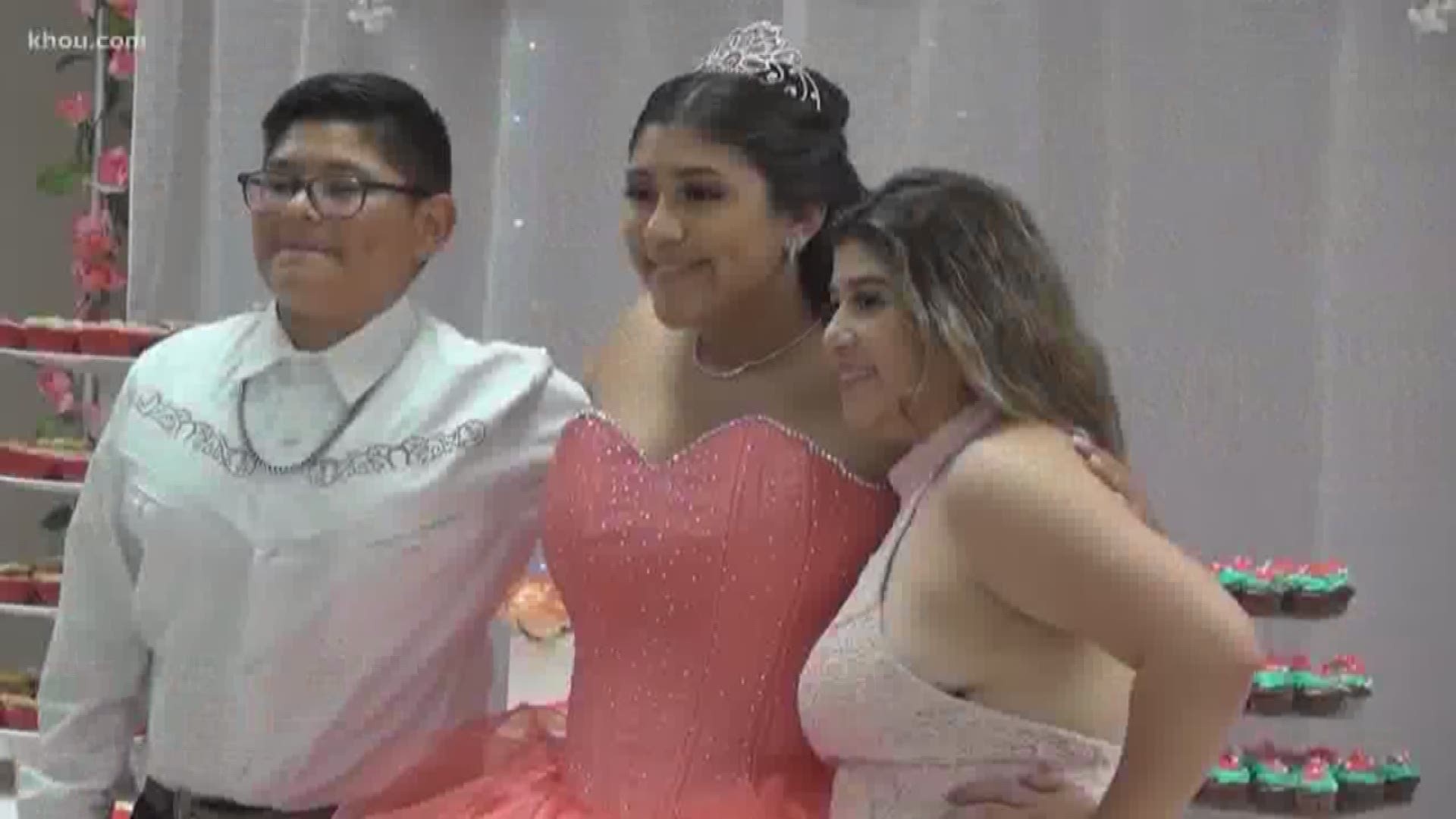 HOUSTON — One glance at her coral gown and Aleida Ramos flashes back to exactly two weeks ago.

More than 150 people packed a southwest Houston event hall to celebrate the Sugar Land teen's 15th birthday with a quinceañera .

The details of Aleida Ramos' quinceanera are going viral because the Houston teen invited guests to register to vote.

"When your little girl turns into a woman. It’s a rite of passage into womanhood," said father Marco Ramos.  "So we celebrate that as a Latino culture."

This Quinceañera Included a Voter Registration Booth
A Texas teen decided her quinceañera would include an element beyond the usual traditions: Aleida Ramos, a 15-year-old in Houston, included a hybrid photo booth/voter registration station at her celebration, according to NBC News. In the entry to the venue for Aleida's festivities there was a booth from the Jolt Initiative, a Latinx youth advocacy group, where her largely Latinx guests could register to vote.

Ramos teamed with the Jolt Initiative, which is a Texas-based Latino organization that is focused on building the political power and influence of young Latinos.

In between dancing with her friends and cutting a multi-tiered cake, Ramos personally invited party-goers to stop by Jolt's booth.  She told the crowd, "our vote ensures we continue to protect our community and those who matter most to us."

Jolt estimates 50,000 quinceaneras to happen in Texas each year. And the groups 'Poder Quince" initiative, which launched last month, is designed to merge the tradition of a quinceanera with the upward trend of registered Latino voters.

"It goes beyond voter registration. What we’re trying to do is cultural shift," said Antonio Arellano who oversees the Houston chapter of the Jolt Initiative.  "You know, for so long Latinos have grown up thinking that they are the minority, being told that they are the minority. Well soon, within the next four years, Latinos will become the majority of the population in this state and with that comes a lot of political power."

Through Poder Quince's website- Poder Quince in English means the Power of Fifteen- people can request a voter registration table at their party. Poder Quince
Traditionally, while you celebrate the coming of age into womanhood, you also celebrate and honor your family for being at your side. What better way to honor them than by pledging to defend your family and community by voting.

And while Aleida is still too young to vote, her dad says “to me, that’s great. The initiative to start early, at a quinceanera, to start a new tradition is great because you get them involved at an early age.”