La Paz Perches Funeral Home is one of two funeral homes offering free services for the victims of Saturday's shootings. 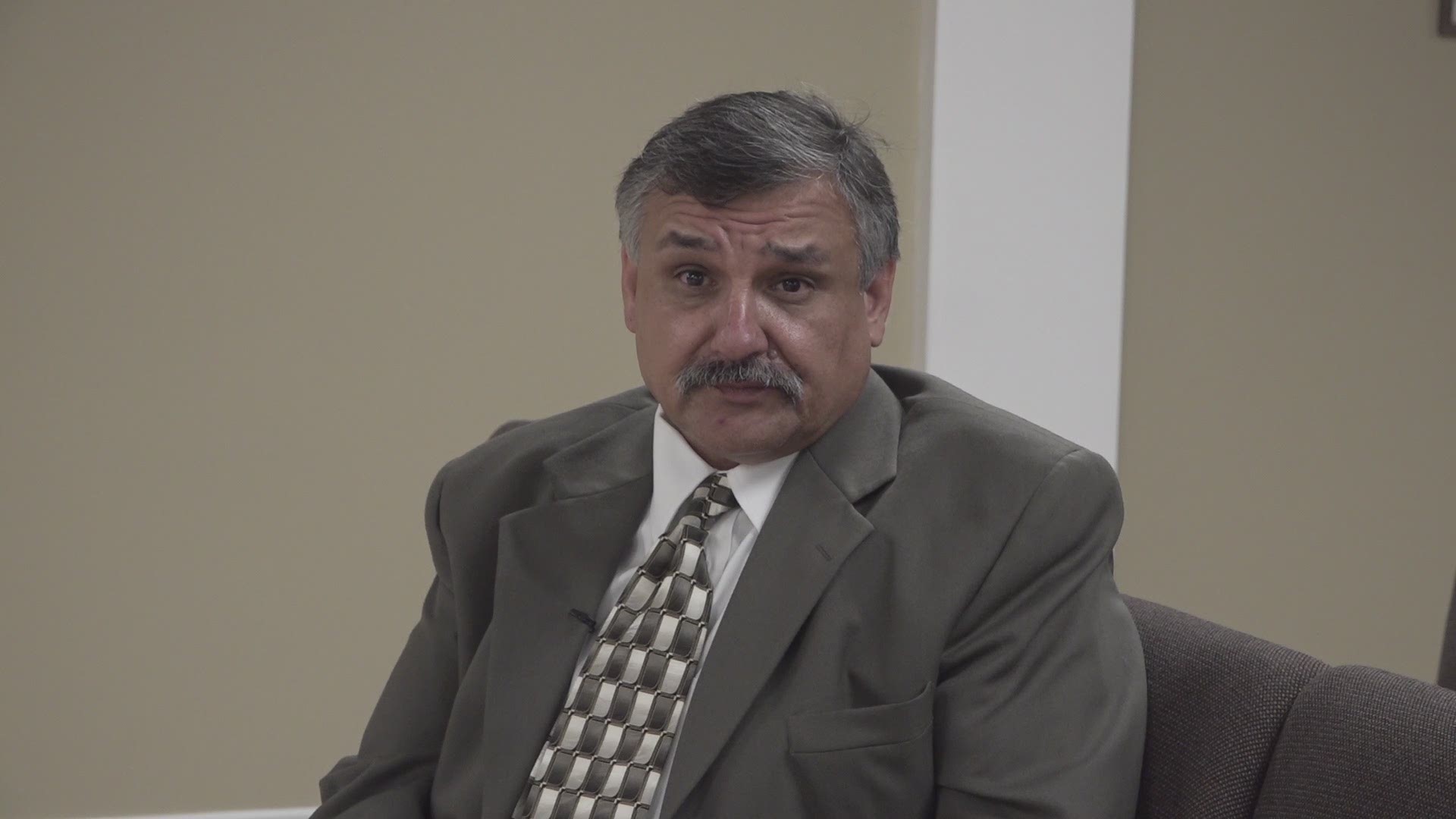 ODESSA, Texas — Ruth Lozano, office manager at La Paz Perches Funeral Home, had a feeling that something was going to happen in Odessa Saturday.

She had initially planned to travel for the Labor Day holiday, but her funeral director, Rey Chapa’s words “We’re going to be busy this weekend,” kept her home. Instead, she planned to go to the movie theater with her granddaughter. But those plans changed as well.

Had Lozano and her granddaughter gone to the Cinergy theater, they would have been in the melee following a mass shooting that started as a traffic stop – and ended with the suspect being shot dead by law enforcement in the theater parking lot.

Now, Lozano and Chapa are standing by to help at least two families plan funerals for their loved ones. Those families were victims of Saturday’s shooting, possibly enjoying the holiday weekend, when tragedy struck.

When the calls come for Lozano and Chapa to begin planning the services, they’ll be ready.

Chapa said this is not about business, but about giving back to the Odessa community. Sadly, this is not the first time the company has dealt with a tragedy such as this – Perches also has a funeral home in El Paso, and after the Aug. 3 mass shooting, they stepped into action there as well.

While all details have not been released, the shootings have affected multiple families after 21 were confirmed shot and five confirmed dead.

Moores Limo Service has added they would provide free rides to the victims families.

Moores Limo Service
Wonderful experience I had in this limo for my wedding if I could do it all over again I would call ... them back in a heart beat drivers was very respectful and I didn't even have to call ahead they were their on time for everything thank you so much!

Employees of the limo company say they want to donate their services to the victim's families completely free.