A Charlotte woman is now the oldest living American 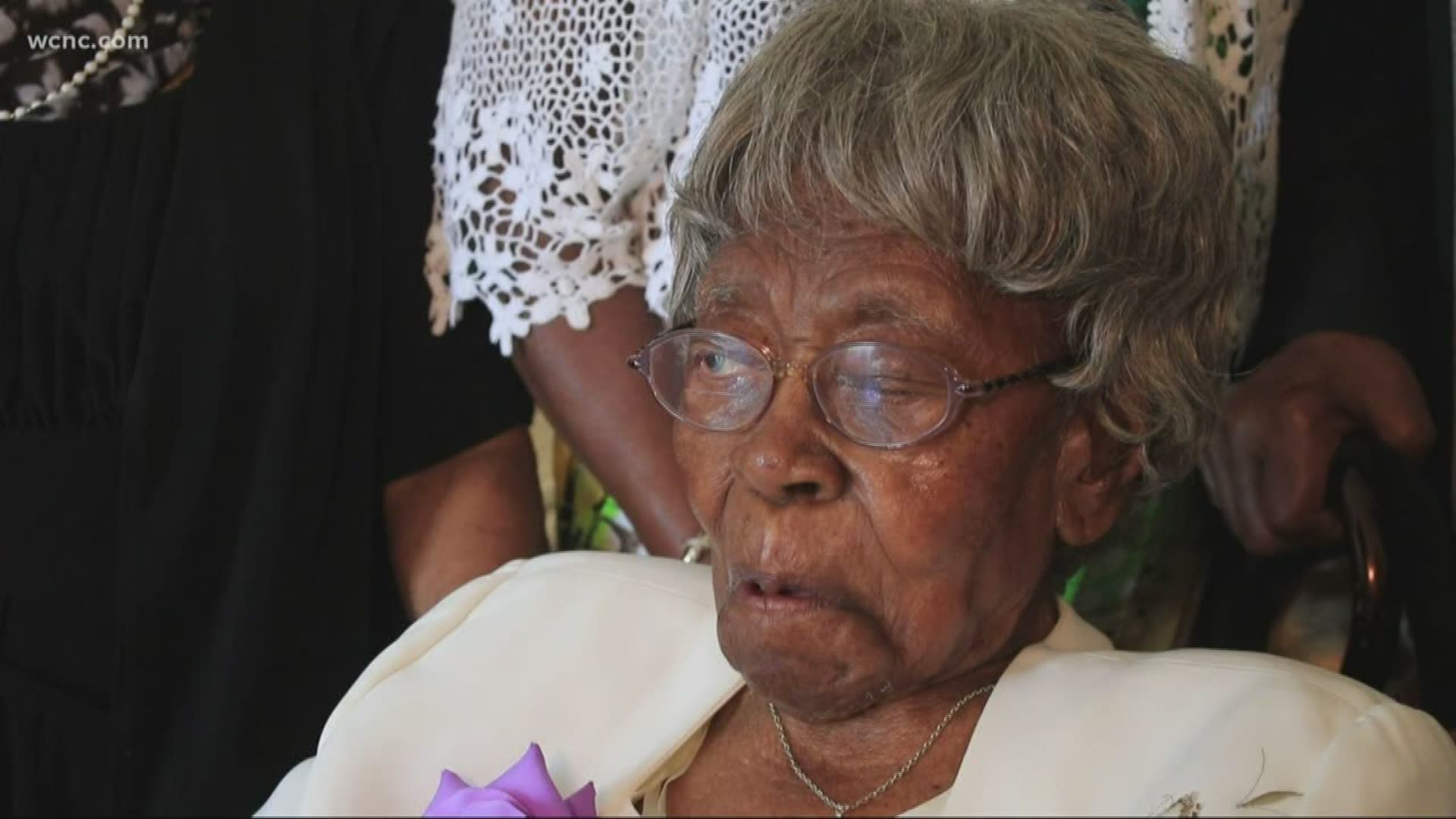 Hester Ford has always called the Carolinas home. She was born in Lancaster, South Carolina when Theodore Roosevelt was President of the United States.

Ford and her family believed for most of her life that she was born on August 15, 1905. However, census bureau documents show she was born in 1904 -- which would make her 115 years old.

RELATED: Oldest woman in the Carolinas celebrates birthday, but she may be even older

She first moved to Charlotte back in 1953 and worked for more than 20 years as a nanny for two Myers Park families.

Ford loves living in the Queen City, and has called it home ever since. She's even lived in the same house for decades -- more than 58 years.

WCNC previously met Ford's family, who said her faith has allowed her such a long life.

"Her faith in God and her love for mankind," Ford's granddaughter Mary Hill previously said.

Two years ago as she celebrated her birthday, Ford was able to recite Psalm 23 without skipping a beat.

Charlotte Mayor Vi Lyles declared August 15, Ford's birthday, as "Mother Hester Ford Day" this past year. Her family hopes the recognition allows her legacy to live on for hundreds of more years.

"Family is very important and to just know that our granny is being celebrated in such a way," said Clayton Harris, Ford's grandson. "It's an honor and a privilege."