Ryan Stricker and his family want to help others who are battling the disease. 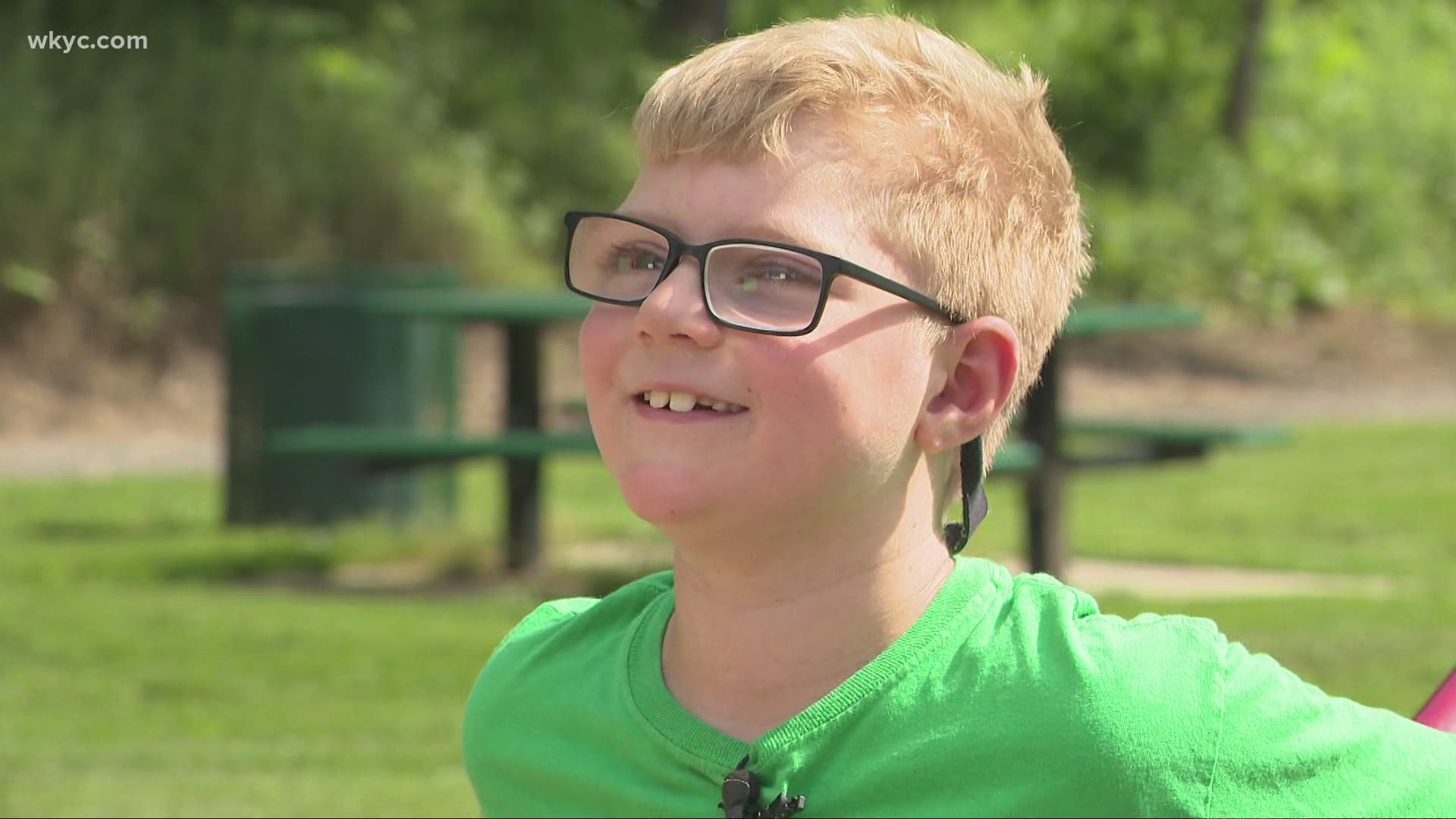 AKRON, Ohio — It was the day seven-year-old Ryan Stricker had been waiting for almost half of his life.

At just four years old, Ryan and his family were given some of the toughest news they could ever receive. He was diagnosed with a rare type of cancer. Suddenly, everything changed. No playdates, holidays or baseball games. Everything shifted into constant visits at Akron Children's Hospital, a huge shift for the entire family.

"It seems like some nights are so dark, and so scary," said Jessica Stricker, Ryan's mom. But the family drew on a higher power to get through.

"It was scary when I had seizures and stuff and then, God helped me," said Ryan.

Ryan was given a second chance at life. And just in time for baseball season, Ryan won his battle with Leukemia.

"It was a day that we had hoped for so long. That we knew was gonna come," said Jessica.

SUBSCRIBE: Get the day's top headlines sent to your inbox each weekday with the 3News to GO! newsletter

Now, Ryan and his team are getting ready to pay it forward by starting their own foundation. With no time to lose, this weekend they'll be raising funds to make that possible.

"Now that we are out of the hospital and at home and here in the sunshine, looking back, it's like… we made it! said Jessica. "We want to give back now to families who are just starting now in their journey."

And in the meantime, Ryan says he can't wait to catch up on all the fun times he missed with his friends.

You can help Ryan's family celebrate the end of his Leukemia treatment. They will be hosting a celebration on Saturday, June 26 at 3 p.m. at Cy Hewitt Park in Seville. All the money raised will go toward their foundation, and everyone is invited.

EDITOR'S NOTE: The video in the player below is from a previous, unrelated story.