The new law slashes the window for legal abortion procedures from 20 weeks to six weeks of gestation - when a heartbeat is first detectable. 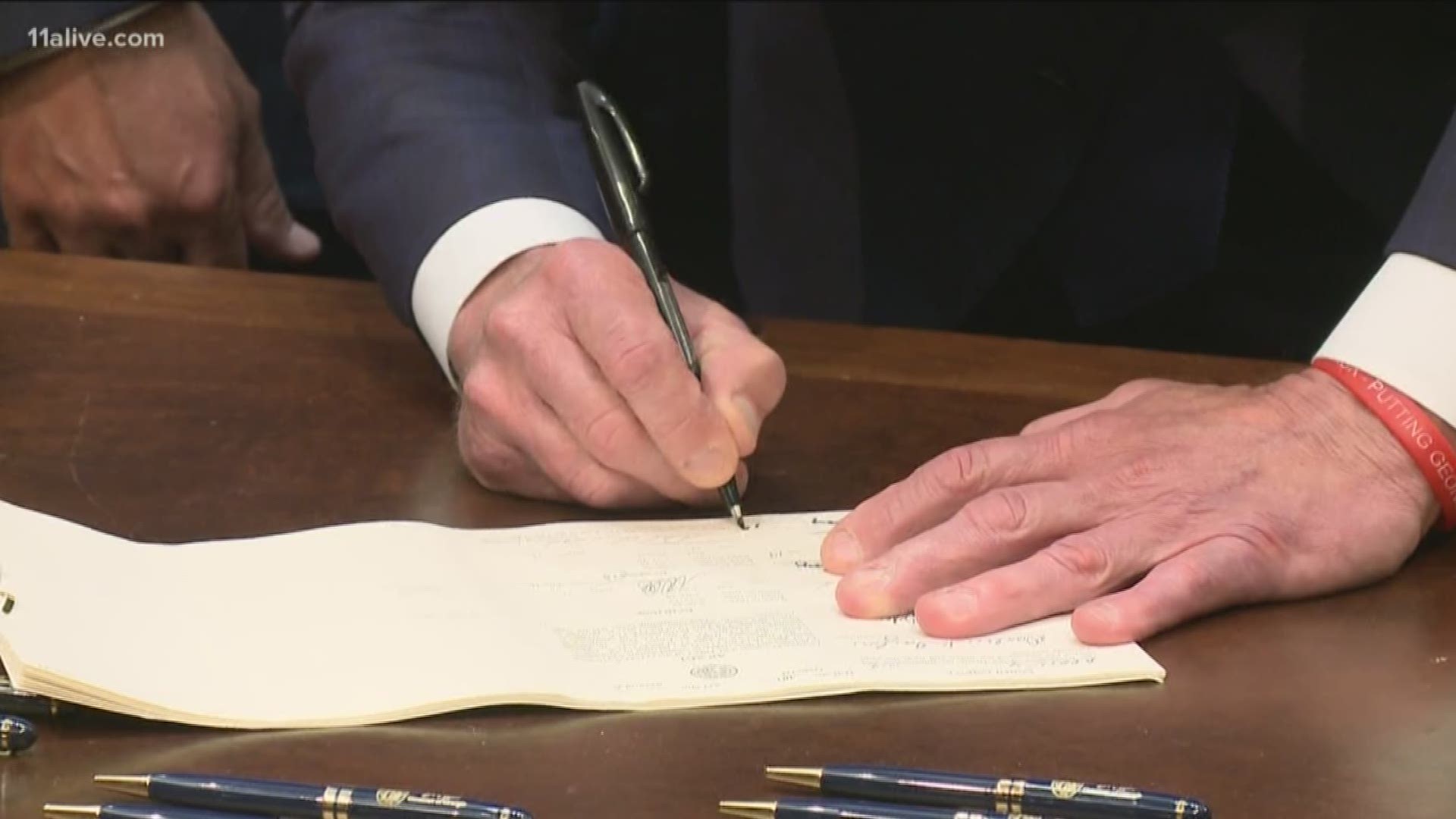 ATLANTA — In the days since the Georgia's controversial "heartbeat bill" was signed into law, several film companies have vowed to cut ties with the state in protest. Two Hollywood heavy-hitters, however, are taking a different approach.

"Us" and "Get Out" director Jordan Peele and "Star Wars" producer J.J. Abrams have said they will go forward with shooting their new HBO show "Lovecraft Country" in Georgia, but will donate 100 percent of the proceeds to fight the state's new abortion law.

"In a few weeks we start shooting our new show, Lovecraft County, and will do so standing shoulder to shoulder with the women of Georgia," they said in a joint statement as reported by the Hollywood Reporter. "Governor Kemp's 'Fetal Heartbeat' Abortion Law is an unconstitutional effort to further restrict women and their health providers from making private medical decisions on their terms. Make no mistake, this is an attack aimed squarely and purposely at women."

PREVIOUS: Film studios after abortion bill: Don’t give your business to Georgia

Gov. Brian Kemp signed the stringent LIFE Act, also dubbed the "heartbeat bill" into law May 7. The new law slashes the window for legal abortion procedures from 20 weeks to six weeks of gestation - when a heartbeat is first detectable. The time line is controversial because that six weeks is often before, or around the same time when, a woman realizes she is pregnant.

The bill does make exceptions for rape and incest, allowing abortion up to 20 weeks. But it requires women to file “an official police report … alleging the offense of rape or incest” in order to qualify for the later-term abortion. There are also provisions in the bill that allow for abortion in life-threatening medical situations.

But there are several murky areas in the wording of the bill, including how the state will handle, and possibly prosecute, miscarriages.

READ: What to know about new abortion law

“Don’t give your business to Georgia. Will you pledge with me not to film anything in Georgia until they reverse this backwards legislation,” Duplass wrote on Twitter.

Georgia’s booming entertainment industry significantly impacts the economy, with an array of television shows and films like Marvel’s “Avengers: End Game,” “Stranger Things,” and a host of other productions currently filming throughout its counties.

The Motion Picture Association of America says movie and TV production is responsible for more than 92,100 jobs and nearly $4.6 billion in total wages in Georgia. Several hundred businesses have relocated to Georgia so that they can be closer to TV and film production here. The state has also seen hundreds of millions of dollars in studio space built here over the past few years. The legislation puts that success on precarious ground, as more than 50 actors, led by Alyssa Milano, have already signed a petition against it.

Milano has also called for a "sex strike" in response to the law, tweeting, "Our reproductive rights are being erased. Until women have legal control over our own bodies we just cannot risk pregnancy. JOIN ME by not having sex until we get bodily autonomy back."

Though the bill has been signed into law, it's not expected to take effect until January 2020.