In West Texas, there are five seasons-spring, summer, fall, winter and football. 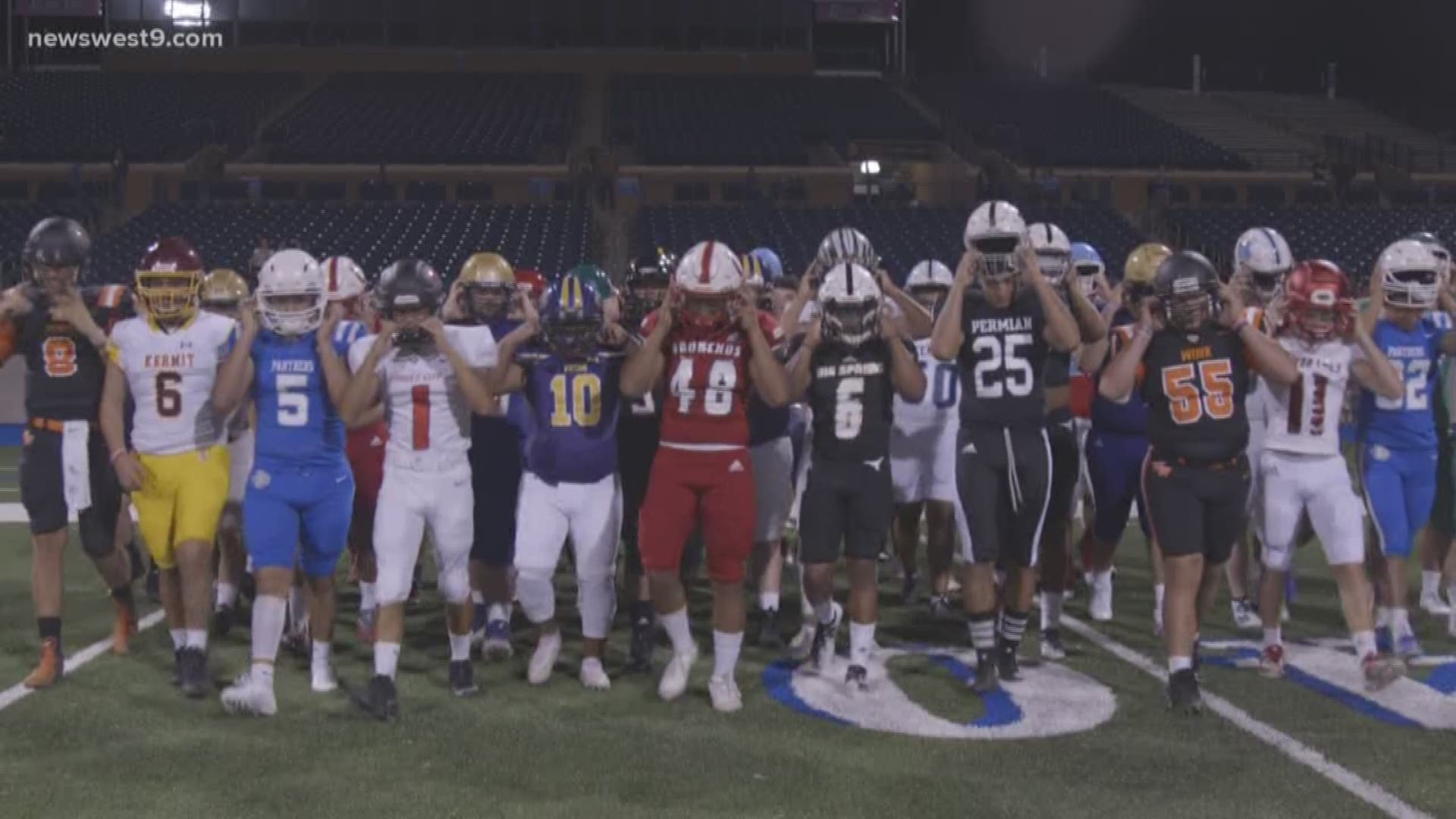 TEXAS, USA — In West Texas, there are five seasons-spring, summer, fall, winter and football. But what encompasses the rich traditions and culture that makes the Friday Night Lights so unique?

“When football season rolls around people get really excited and I think that's what's neat about West Texas football,” said Midland High head coach Tim Anuszkiewcz. “You see these small towns they rally around their kids and the community and the different organizations."

"When I think about West Texas Football I think about hardnosed, hardwork grit, never quit, never give up. It's a passion, it's a culture and it's that rich tradition of great football that's been around for years and years," said Danny Servance, the head coach for Odessa High.

Clint Hartman, the head coach for Lee High School, said "People they love and are passionate about their teams, and the difference that sets us aside is how physical a football brand we play out here."

Friday nights in the fall are all about tradition, culture and community. This includes family members, cheerleaders, band students and more.

"I get excited about the cheerleaders, I get excited about the run through signs and trying for a district win and then a state or the playoff games are such fun to go to," said Liz Faught, a native Odessan. Faught has worn many hats with Permian High School over the years, including helping with uniforms and being the wife of a coach.

"It's an event,” said Servance. “The football game is an event in West Texas, you know; a lot of the towns you can't find anybody in town."

"It instills a small town pride the stands are full doesn't matter how big or small the town is and I just love the comradery and the whole town comes out. I can't imagine doing anything else on Friday night," said Midland High School parent Kelli Hullender.

With every football season comes a chance for the players to write their names in history, and here in West Texas it's all about the rivalries. This stands especially for Midland and Odessa.

"You pull up in the bus and you see the tailgaters in the parking lot and you know this is important in the community when they're going to do that for a high school football game, that's pretty awesome," said Anuszkiewcz.

"I think it’s important when you grow up in these two towns you want to be a Rebel, a Bulldog, a Broncho, a Panther and I believe that's part of it," said Hartman.

"To see the crowd of 20,000 people and I had really hadn't experienced that before… I had been to big venues like NRG in Houston and things like that, but to see the passion sitting on the grass, everybody drive up, you've got everybody barbecuing and everything else so that first year of us being here… seeing 20,000 people packed in Ratliff was a great scene,” said Jeff Ellison. The 2019 football season will be his first full season as head coach.

"I still get butterflies…. I remember when I was in high school and we played Midland Lee, they played our game on TV instead of the World Series. Midland Lee vs Odessa Permian," said Servance.

From one town to the next, pure passion and love of the game is the core of West Texas football.

RELATED: Gearing up for GameTime: McCamey

RELATED: Gearing Up for GameTime: Grady

RELATED: Gearing Up for GameTime: Marfa

"July is a special month. You'll drive by the football field 7 o'clock at night and you'll see kids practicing, you'll see little kids coming out and putting their helmets on,” said Anuszkiewcz.

“It's 100 degrees outside, the turf’s got heat waves coming off of it and you can tell the passion of the kids. The work ethic our kids go through, and I just don't think there's anywhere else in society that young man work the way they work to play Texas high school football."

"You go to Forsan, you go to Andrews, you go to Greenwood, you go to anywhere in West Texas and you can rob the bank on game night,” said Hartman.

“I mean the cops are out of town, especially small towns. They're holding on every inch, every second, how they're going to be. One thing about West Texas is people will take their shirt off their back to help you but on Friday night they're going to draw a line in the sand and there's going to be winners or losers and they're picking teams and you want to be on the winning side."
"It's a culture you learn at a very young age. I know what I want to do when I grow up. I want to be an Odessa High Broncho or an Andrews Mustang or a Crane Golden Crane-you just want to be one of those players," said Servance.

"The legends of my dad, my uncle, my brother-all that stays here so it’s just a special. We're kind of out here by ourselves kind of away from the rest of Texas  and so you have your West Texas legends and your West Texas heroes and things like that, so to me it's the best thing in Texas, West Texas Football," said Ellison.

NewsWest 9 will have all of your football coverage this season with out 10 p.m. show Gametime and our digital show Overtime, so be sure to stay tuned.

RELATED: Gearing Up for GameTime: Sands

RELATED: Gearing Up for GameTime: Balmorhea

RELATED: Gearing Up for GameTime: Rankin

RELATED: Gearing Up for GameTime: Iraan

RELATED: Gearing Up for GameTime: Forsan

RELATED: Gearing Up for GameTime: Grandfalls-Royalty