The pool has even reopened, just in time for you to finish your summer vacation. 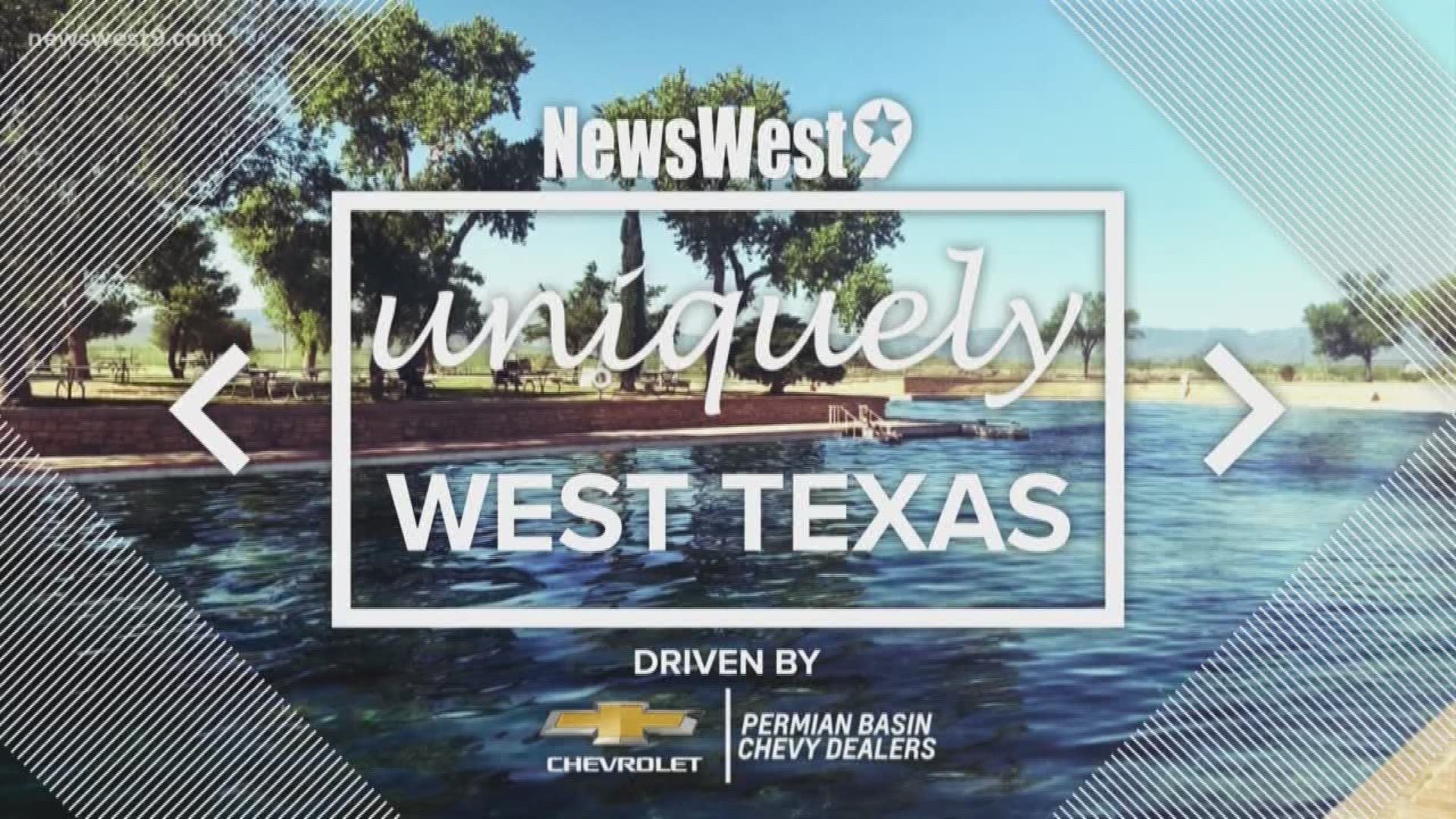 BALMORHEA, Texas — The Balmorhea State Park and Spring Pool is a hidden oasis in the middle of West Wexas. and the park also has a pretty rich history.

It all became possible during the FDR administration when workers were given jobs during the great depression.

"The park was developed during the 1930s by the Civilian Conservation Corps and they enclosed a spring that has been here for many, many years, many thousands of years, and they build the pool," said Park Superintendent Carolyn Rose.

Balmorhea State Park is located just a few miles south of Balmorhea on Texas Highway 17 and an easy two-hour car ride from Midland-Odessa.

But this is the middle of West Texas, so where does all the water come from?

Fifteen million gallons of water come up from underground aquifers, almost like an underground river.

"The spring water comes from the circular area right behind me here. It bubbles up from several different orifices or holes, and then it fills up the pool, and then it enters canals that eventually make their way to Balmorhea Lake,” said Rose.

The park has been a very popular spot to be so far this summer, as their 900 day passes have sold out every weekend.

"If you're coming on a Saturday or Sunday in the summer, you will want to buy that pass in advance online because if you just come to the park hoping to get in, you probably won't be able to get in. we will sell out in advance," said Rose.

To book ahead of time, go to the Texas Parks and Wildlife website to get those passes online, then click find a park, search for Balmorhea State Park and click ‘Make reservations online’. But you better hurry, because the park will close again in less than a month.

RELATED: Balmorhea State Park to close for 6 months for repairs

"Starting September 3, the park will be closed in order to install a totally new septic system," said Rose.

The park is also in the process of renovating the hotel and campground, and plan on adding brand new fencing by the time they open again on March 1.

"Of course the repairs are absolutely necessary just to have people here, but the renovations are to make the place more beautiful for people and just a nicer place to come and visit," said Rose.

While you're there,  you're free to wade in the shallow end, jump off the high dive, or even scuba dive down to 25 feet deep in the crystal clear water. You will be swimming with the fish though, with even a few endangered species of aquatic animals.

"We would like to make sure people know that they can help protect them by not feeding [them]. Human food is really, really unhealthy for wildlife, and then also by not catching them because we have in the past had some people think it was okay to catch the fishes. It's not okay at the park to catch the fishes," Rose said.

"People absolutely love it out here. I mean, whenever they leave, we always get comments about how much fun it was and that they just had a wonderful time, and also because they had such a wonderful time they come back time and time again,” said Rose.