After seeing viral videos of hot chocolate bombs circulating online, one pastry chef in Coeur d’Alene decided to create her own. 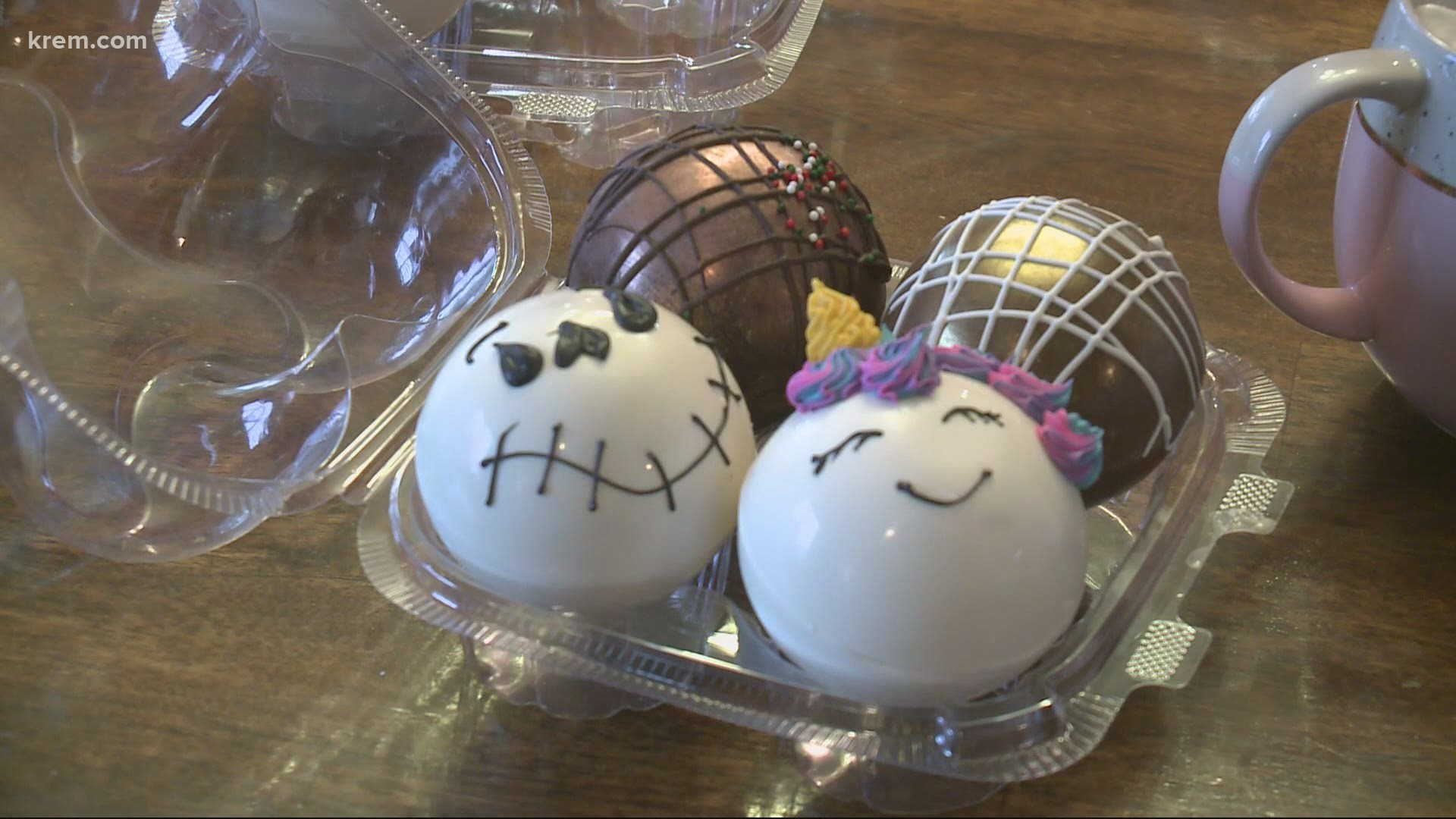 COEUR D'ALENE, Idaho — Videos of warm milk pouring over a baseball-sized ball of chocolate, which melt together into a creamy cup of hot cocoa, went viral on social media this fall.

The hot chocolate bomb trend took off online, reaching professional pastry chef Dana Bellefeuille in Coeur d’Alene. She decided to create her own version of the viral trend and sell them from her bakery.

Bellefeuille started The Village Bakery three years ago and it was her way of combining two things that were important to her.

“I’ve been a pastry chef for over 18 years and I’ve raised two kids with special needs,” she said.

She decided to open her own bakery and dedicated to hiring people with special needs.

When she met Emily Colgrove, who has down syndrome, it was a perfect match. Her dream was to work in a bakery or café, so they’ve been baking from Bellefeuille’s home ever since.

“I love to bake,” Colgrove said.

The two were supposed to open their storefront this year, but the pandemic delayed those plans. Now, they are planning on opening it by the new year.

In the meantime, they are selling the hot chocolate bombs online for $6 each. Bellefeuille is donating all the proceeds from the sales to the Panhandle Autism Society. They’ve already sold so many that Village Bakery has donated over $1,000.

“We ache to make sure that our children are going to be taken care of,” Bellefeuille said.