"It's really funny to see him so poised on 'The Voice' because we're like, are you sure that's the same guy we know?" 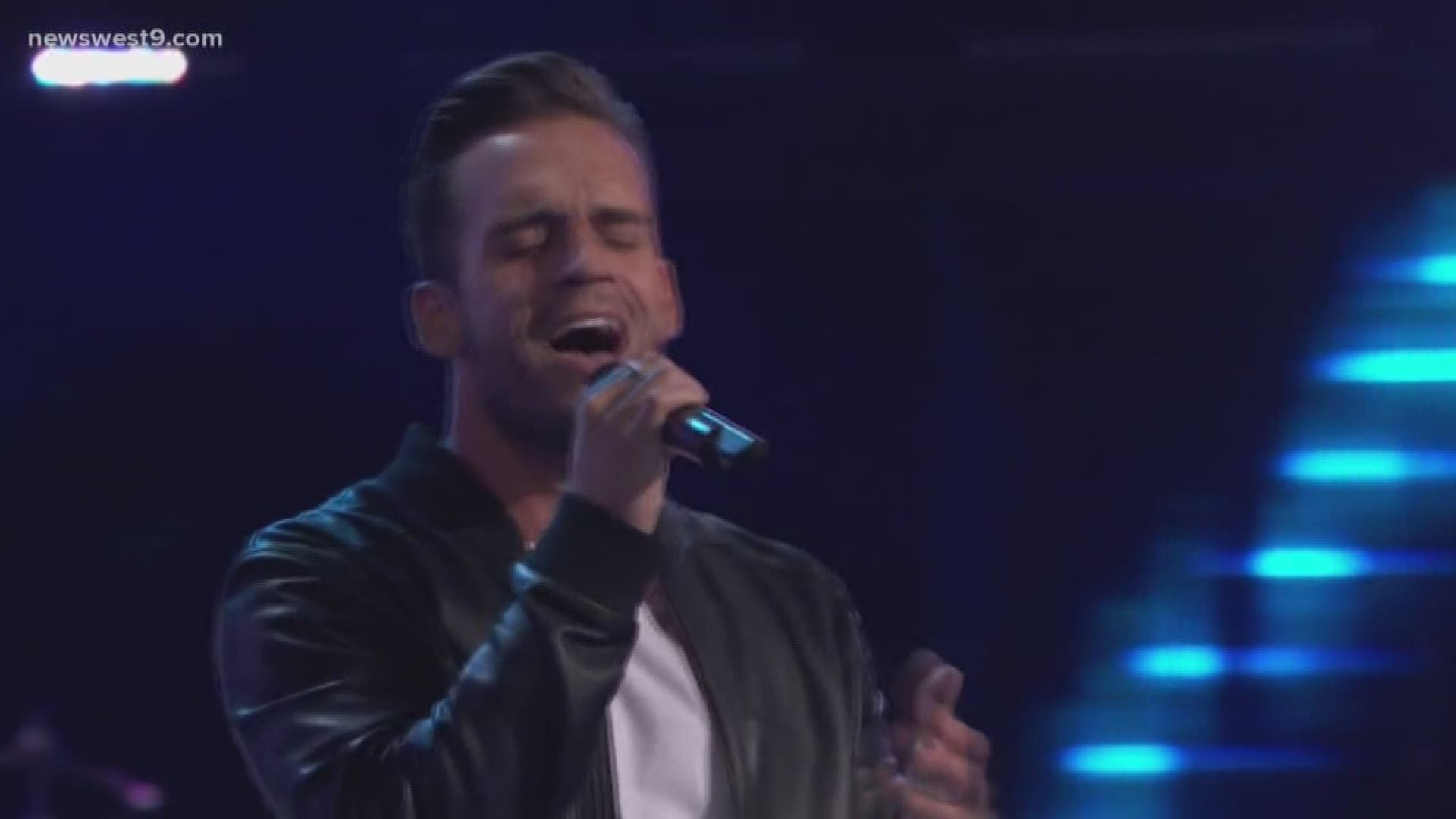 You've probably heard by now that Midland resident Matt New has made it to the next round of 'The Voice.'

We're not being biased when we say Matt New can sing. But not only is he blessed with a voice, his close friends and family say, he's also blessed with a giving heart.

Sarah Singleton, who's a trainer at F45 training gym in Midland, is one of his best buddies.

"Me and my husband have watched, 'The Voice' since it first began, and so we kind of feel like we know the judges on there. And so we were like, he has to choose John Legend and my actual hypothesis worked out perfectly. I was like three people will turn around, and it won't be Blake Shelton.

"Matt started at F45 and he was hiring and I just kind of obsessively messaged him and was like hey please, give me an interview. And we met and right then and there we clicked on like, what I wanted to bring to the gym and he liked my enthusiasm. So from there, we just kind of started the F45 journey together."

"Matt is probably one of the most genuine people I've ever met.

"Not only is he a great person as who he holds his status and his morals as but as a boss he really, really cares about his team. More than just work, he really cares about what's going on in our personal lives, how can he make sure everyone is happy. What he can he do outside of the gym in your personal aspect, just to make you a better person.

"So that's what's really incredible about Matt. Is he really is who he says he is. What you see, is what you're really going to get with Matt and it's incredible.

"Well when I started following him on Instagram after we worked together I was like oh he sings, that's cool. And I listened to it and I was like, Holy moly. You sing really well.

"Like you're not just like, you know some people sing but no, you can sing. So I told him, I was like omg you're so good at singing. And that's when we kind of talked about that is his dream and shortly after BAM he's on, 'The Voice.'

"He's just always done it, I mean he was a youth leader at Stonegate and was singing there, as well as leading worship from what I have been told by everybody.

"So I just think it's just one of those things when you're given a God given talent you've just always been doing it. He just really works hard all the time.

"If he does something he's either all in or all out. And he really makes that at any point, he's always given amazing opportunities because not just because of his personality but who he is as a person. And he turns down a lot of those opportunities, because he knows that he can't give everything to that and if he can't he just won't do it.

"He says funny voices like he's always like interpreting like he's a cheerleader and he's just dancing funny. And he's just goofy and I think overall he just has that goofy side to him. So he doesn't take himself too seriously.

"So it's really funny to see him so poised on the Voice because we're like are you sure that's the same guy we know?

"This gym wouldn't run without Matt. Because Matt really does put his all into this gym. Even when he was on the Voice auditioning, we had two major things happening.

"And he put all that aside for just a second to make sure we had those emergencies here at the gym handled. And me personally, Matt just caring about me in some of the things that was going on in my life, just meant the world to me. And just knowing Matt and Kylie is just a blessing, they're just amazing people."

You can watch "The Voice" Monday and Tuesday nights on NewsWest 9.