Is Disney+ worth it?

Everything you wanted to know about the new streaming service. 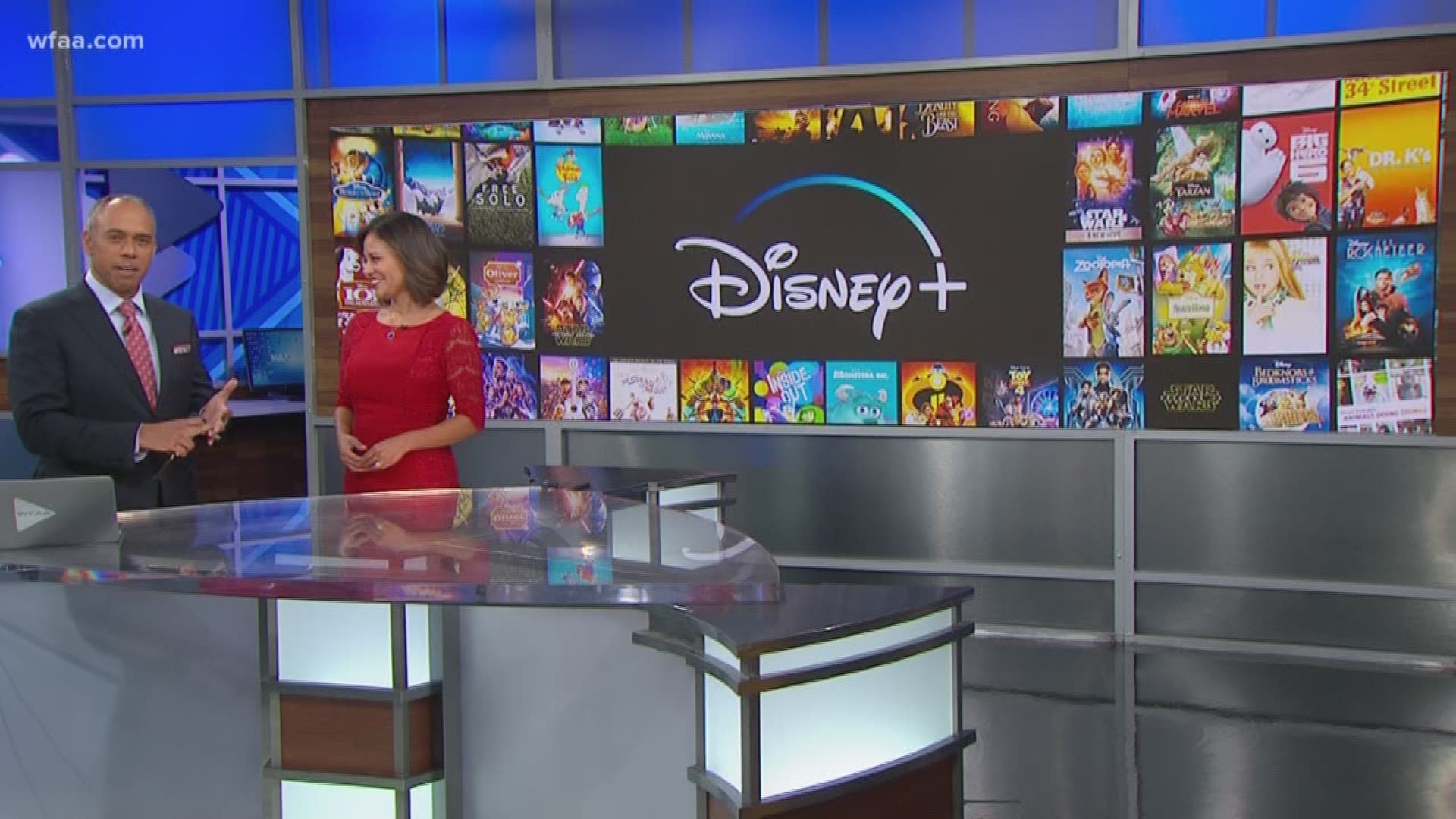 The service debuted with hundreds of movies and thousands of episodes of television available upon launch, with more to be added in the future.

But this isn't just the latest streaming service to hit the market. It's an opening salvo in the latest round of the streaming wars, where seemingly every entertainment company wants a piece of your wallet.

But what all do you get for your money? Is it worth it? And what does the launch of Disney+ mean for the future of streaming? Read on to find out.

A stream is a wish your heart makes

That "hundreds of movies and thousands of episodes of television" statistic isn't an exaggeration. In addition to originals like the new "Star Wars" show "The Mandalorian" and a live-action remake of "Lady and the Tramp," most of Disney's entire catalog is ready to stream on Disney+.

Disney has spent the last few years slowly buying back the rights to its own material, missing out on a Scrooge McDuck vault-sized amount of licensing checks in order to fully own its material again. This is why you started to see titles go missing from Netflix and Hulu. Remember the Disney Vault from the '80s and '90s? This is the Disney Vault, just on a streaming service.

And thanks to Disney's merger with 20th Century Fox, the company's catalog got a whole lot bigger. Want to watch every episode of "The Simpsons" ever made? Go for it. Want to get ready for Christmas and watch "Home Alone"? It's just a click away, ya filthy animal. But that doesn't mean you should expect edgier or R-rated fare from Fox on Disney+; that will probably go to Hulu.

Among the selection of titles available on Disney+ right now:

And, for those of you who, like me, still buy Blu-Rays and DVDs for the bonus features and audio commentaries, Disney+ is cornering that market, too. It's the only streaming service on the market right now besides the Criterion Channel that offers a robust amount of bonus features like deleted scenes or behind-the-scenes featurettes to go with each title.

Credit: Disney+ screenshot
A screenshot of some of the extra features available on Disney+.

RELATED: Commentary: 'The Office' is leaving Netflix. Here's why you should just go buy the DVDs.

Granted, most of those are for the newer films and shows, and they pale in comparison to what you would find on an actual physical copy on DVD, but the fact that they are there at all means Disney is trying to get people to stay on the service as long as possible.

Another way Disney+ is trying to retain viewership? It's avoiding the binge model on its original titles. Shows like "The Mandolorian," "Encore!" and "High School Musical: The Musical — the Series" only have one episode available at a time, instead of dropping entire seasons of TV at once. If you want to watch, you've got to come back each week.

And that's not to mention the fact that MCU czar Kevin Feige has said that in order to understand future Marvel films, viewers will need to watch the MCU shows on Disney+.

In short, there's an abundance of content on Disney+ in its first week alone, with more coming down the pike.

Sure, all that content is fine and dandy, but how do you use Disney+?

Much like Netflix, Disney+ is available on desktop, mobile (Apple and Android) and on over-the-top services like Amazon Firestick, Roku and Chromecast.

After a few hiccups on launch day, I was able to sign in and create an account with my own avatar (I chose Simba, but there are a lot of options).

Credit: Disney+ screenshot
A sampling of the characters you can choose for your avatar on Disney+.

Credit: Disney+ screenshot
A look at the "add profile" section of Disney+.

If you ordered the Hulu/ESPN+ bundle, you can access that subscription information from the Accounts page.

Credit: Disney+ screenshot
You can see your other subscriptions in the accounts tab.

As far as using the app on my iPhone, the experience was pretty seamless once all the glitches stopped. For those on the go, Disney+ allows users to download movies and TV shows to watch later, just like Netflix.

Credit: Disney+ screenshot
A screenshot of an iPhone page of Disney+.

I've mentioned Netflix a lot in this review, and for good reason. Disney has clearly been biding its time to make sure they could create a product that can compete with the streaming industry standard, which right now is Netflix. The user interface is a cleaner, simplified version of Netflix's landing page, without all the nuisances that many have complained about on that service. There's no annoying background videos playing on the home screen, and the home screen is so simple to navigate, a child could do it (probably intentional).

Credit: Disney+ screenshot
The home screen for Disney+ is simple to navigate.

However, Disney+'s search function leaves a lot to be desired, and I found myself consulting that massive Twitter thread they launched last month to find out if something was available to watch. But other than that, once the first-day glitches stopped, the app and the site were simple to navigate.

There’s something there that wasn’t there before

The launch of Disney+ may seem like just another streaming service launch, but it will probably be remembered as a watershed moment for streaming. Before cable, there was ABC, NBC and CBS. That was it. The Big Three were consumers' only options for TV networks. Families were often split along those three lines, depending on which station had which news anchor. With the advent of cable, many consumers got less brand loyal to stations in general. With streaming, we might be going back to the days of intense brand loyalty.

It's getting more and more expensive to pay for every streaming service that's out there if you are a cord-cutter. At the very least, if you pay for Disney+, Netflix, Hulu and ESPN+ (with a bundle) and internet to run it all, that's nearly $70 a month. Disney's siloing of its own material could lead to more choosy consumers who may only want to watch one company's entertainment offerings. HBO MAX and NBC's Peacock are both about to launch next year, and we'll be doing this all over again.

The bundle option with Disney+ sounds an awful lot like cable TV all over again, and it might become the new industry standard to lure subscribers. (If you don't want to subscribe to anything and still see all of these titles, might I recommend a library card?)

Looking at the big picture, future conglomeration might muddy the waters a bit. Netflix is in a lot of debt, and it's not outside the realm of possibility that Disney attempts another Fox-style merger to take over Netflix, which might raise the prices of streaming platforms.

Will this lead to a culture where we're even more divided in our pop culture consumption? Every now and then something crosses over into the monoculture, like Marvel or Beyoncé or Taylor Swift. But with every company offering its own service, and consumers' wallets stretching thin, those moments might become more and more unlikely.

But all of that is just speculation. Right now, the only thing for certain is that the cable model for streaming subscriptions looks like it's here to stay, and Disney figured out how to wait out its competitors to bring a staggering amount of property to its streaming service. The biggest thing that Disney+ has going for it is that most people know the brand. And that's what it all comes down to.

If you’re a Disney fan, the Hulu/ESPN+ bundle pays for itself. If you’re not a fan, it almost doesn't matter. We’re in a new era of streaming, and if you want to watch anything Disney-related without buying the DVDs, you’ll have to subscribe, or just wait for them to air on cable TV.

But with all this cord-cutting, who’s got money to pay for cable?