"Having 400 people at the Yucca Theatre, throwing popcorn at each other, isn't going to be possible, under the current conditions." 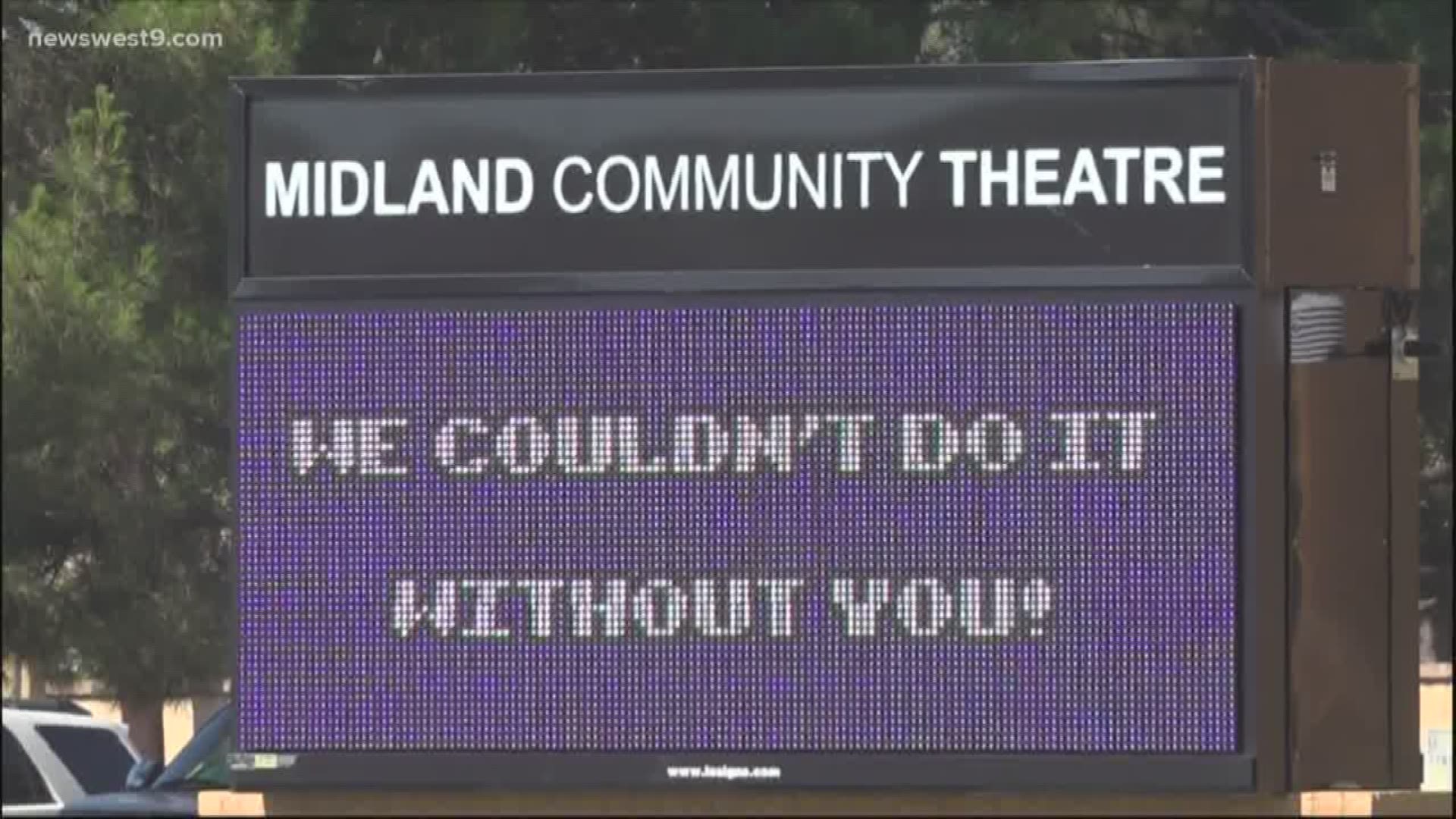 MIDLAND, Texas — Summer Mummers, an annual tradition for many people and a big fundraiser for Midland Community Theatre, has been postponed for the 2020 season.

The board announced the postponement of the event on June 2.

This year's show, "Bootlegging Boobery in the Basin", was supposed to open July 10 and run Friday and Saturday nights through September 12.

However, the board made the decision to help limit the spread of COVID-19.

The board says this decision was based not only on CDC limitations, but also because there have been no re-opening measures for live events issued in Texas.

It is with profound sadness that the Board of Summer Mummers must postpone plans for our annual event at the Yucca Theatre. We had hoped to entertain you this summer, but the Governor has not released reopening guidelines for live performances and it is unforeseen when he will do so and/ or at what capacity, the board said in a statement.

Summer Mummers has been an annual tradition since 1949. The event serves as a fundraiser as well as a chance for volunteers to come together and audiences to enjoy melodrama, popcorn fights, raffle drawings and more.

"I think we would all like to get back to normal and go into the Yucca Theatre, drinking a beer, throwing some popcorn, or cheering the hero would feel more normal for Summer, in Midland, Texas," said MCT Executive Director Tim Jebsen. "We certainly hope that we can return to some form of normal as soon as possible."

The board says it is pursuing other options to fundraise for the theater during the summer and hopes to be able to announce other events that can take place in July and August.

The COVID-19 outbreak has forced MCT to cancel its current "Treasure Island" run and postpone the upcoming "To Kill a Mockingbird" debut until the fall.

If you have already bought tickets or made a reservation, you will be contacted by the MCT Box Office in the coming week.