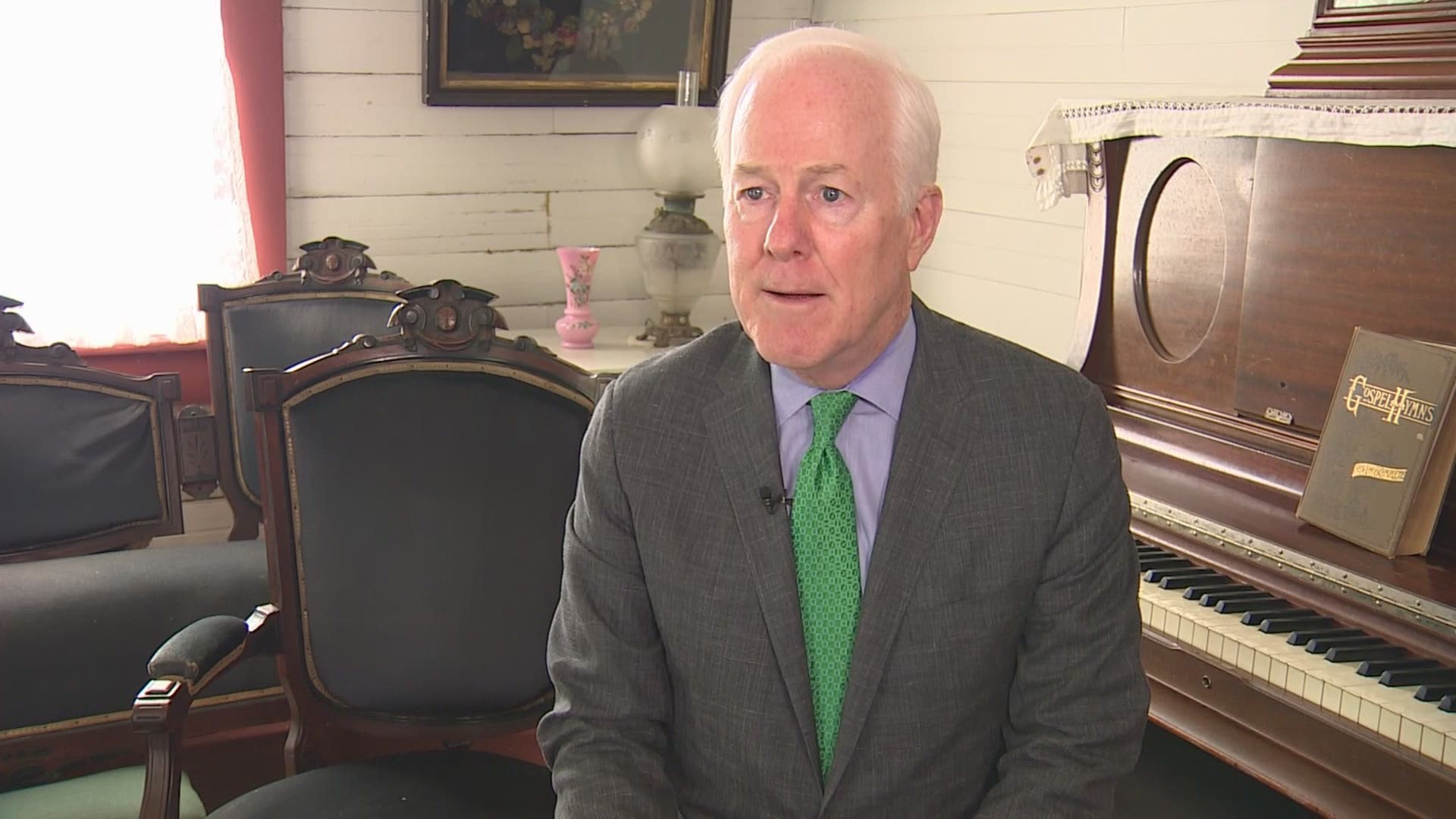 HOUSTON — Juneteenth, the celebration of freedom that started in Texas, is now being celebrated across the nation.

Senator John Cornyn (R-Texas) was instrumental in pushing the holiday from the Lone Star State all the way to the President’s desk.

The senator spoke to KHOU11 News Friday afternoon from inside the old home of Rev. Jack Yates, a former slave freed on Juneteenth who later helped establish Emancipation Park.

Inside the home, Sen. Cornyn met with some of Rev. Yates’ descendants, who congratulated him on passing the bill signed into law Thursday.

“It shows you that if we really wanted to get something done, we can get it done pretty quick,” the senator told them.

They both stood alongside President Biden as he signed it into law in D.C.

“A lot of joy, a lot of people thinking about this, maybe praying for this day,” said Sen. Cornyn, recalling the experience. “I think it’s important because we’re starting a national conservation.”

Sen. Cornyn says it was a conversation with Rep. Jackson Lee and the racial unrest of 2020 that planted the seed for this bill.

“I just felt like this was the right time for this because it would start that conversation,” he said. “It would provide a base of information for people who maybe certainly didn’t have the experience of African-American slaves.”

The bills passed with overwhelming bipartisan support, a rarity in modern-day Congress.

“It says there’s nothing so powerful as an idea whose time has come,” said Sen. Cornyn. “I think many people had the same sense I had is that we need a message of reconciliation at a time when people feel more separated than we have in a long time.”

Although Juneteenth was already a state holiday in 49 states, Sen. Cornyn said the significance of making it a federal holiday is that more people are talking about it and learning the history.

Both Sen. Cornyn and Rep. Sheila Jackson Lee will be in Galveston Saturday morning for the dedication of the “Absolute Equality” mural commemorating Juneteenth.