Ector Theatre now open for some events with audiences

A Stevie Nicks documentary was one of the last performances before the doors closed, and one of the first since it's been revitalized. 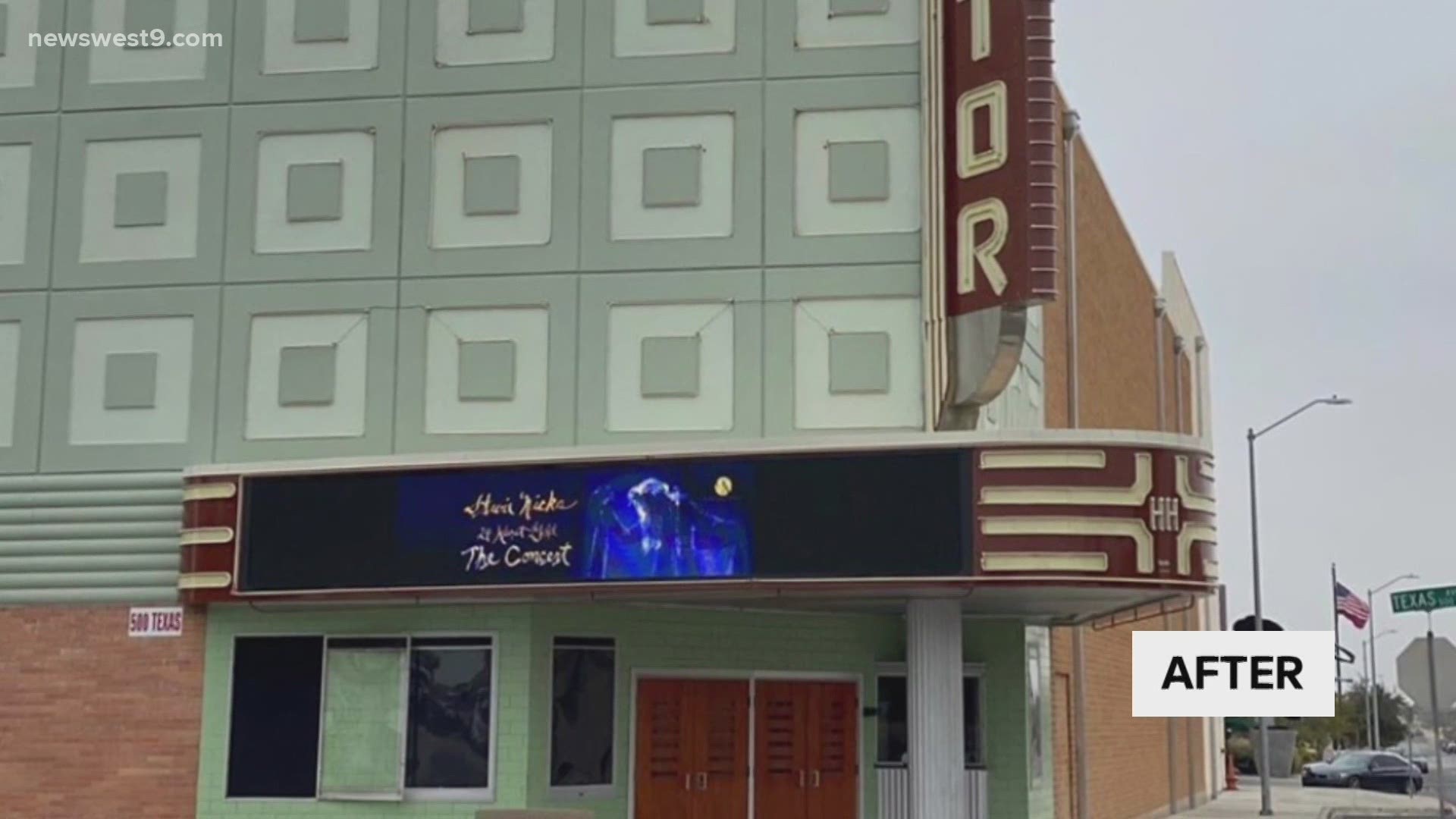 ODESSA, Texas — Big news in Downtown Odessa-the Ector Theatre finally experienced it's first event with an audience since being revitalized.

It's a nostalgic moment for everyone that grew up in Odessa during the theater's hayday.

"It feels like coming home to me," said Randy Hamm, executive director for Odessa Arts Council. "I remember coming to this theater to see movies for years and years and years so to have grown up in this community and now be able to offer something out to my community makes me feel very proud."

Randy Hamm has experienced what was, and now he's experiencing what is.

"In 2013 Odessa Arts screened a Stevie Nicks documentary right before the theater closed down for remodel, so for me this is coming full circle," said Hamm.

A Stevie Nicks concert screening was also one of the first events since its reopened.

"This just kind of fell into my lap that the Ector Theatre was ready to open and then there was an offer to screen a Stevie Nicks concert film," said Hamm.

There's details in the theater keeping the history alive, like the original seats that have been reupholstered.

"One of the greatest things they did when they did this renovation is they didn't reinvent the theater so even though it's state of the art and it's got electronics and beautiful lighting, it really honors the original architecture and and it still feels like you're stepping back into time to those great movie houses of the 1950s," said Hamm.

A mix of old and new, the theater will hopefully bring even more life back downtown.

"I'm really proud that we're able as a community to take things that are part of the history and preserve them and reinvent them for the next generation," said Hamm.

Reinventing the past to revitalize for the future is the path of the Ector Theatre.