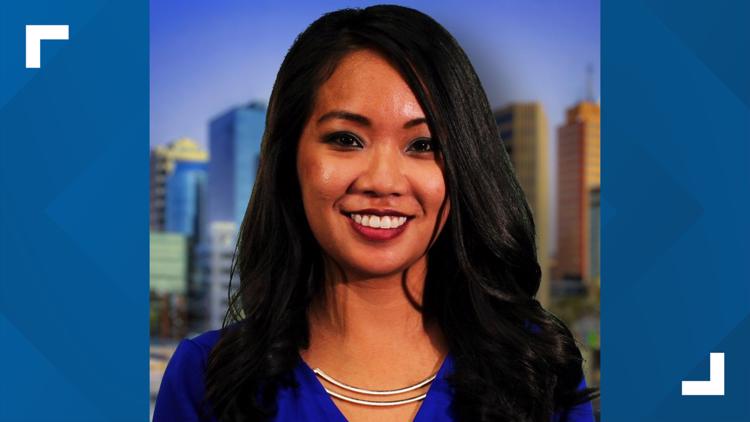 MIDLAND, Texas — Jolina Okazaki is the Sunrise anchor NewsWest 9. She started as a multimedia journalist in 2016 before being promoted to the desk in 2018.

She was awarded a Texas Intercollegiate Press Association for a Television News Feature Story.

Jolina has a passion for storytelling. She has covered stories from criminal trials, to the Supreme Court ruling on women's clinics focusing in West Texas, to the 2016 Orlando shooting.

Jolina also loves covering stories that touch the hearts of people such as a Midland family adopting a boy from Hungary, honoring military veterans and families who lost their homes due to fires or natural disasters.

Before coming to NewsWest 9, Jolina spent her time interning at NBC-affiliate WOAI News 4 and Fox 29 in San Antonio. She worked under Investigations and Specials Projects with the News 4 Troubleshooters for ten months. Jolina assisted the team by writing weekly segments, research and went out in the field for both investigative stories and general assignments. She also did hidden-camera undercover investigations from catching recalled vehicles sold at car dealerships to exposing mattress salesman selling old mattresses as new.

Jolina was raised as an Air Force brat. She grew up overseas and lived in places from the Philippines, Singapore, Thailand, Australia, England and Japan. She calls San Antonio, Texas her home. If she's not working, she's either trying out a new restaurant, doing photography, or painting.